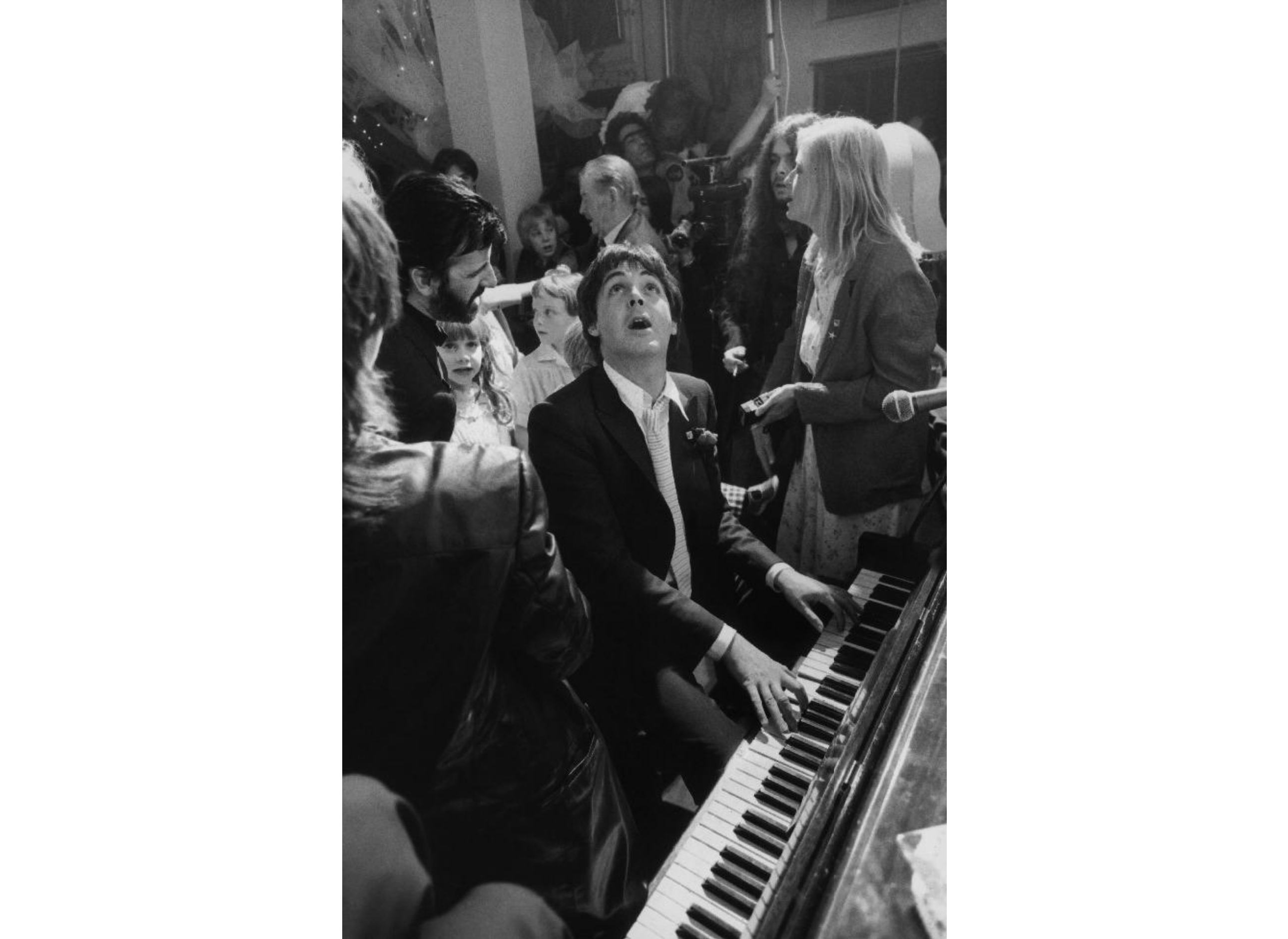 Paul McCartney plays the piano at the Ringo Starr’s wedding to Barbara Bach at the London club Rags, 1981. Ringo can be seen on the left and Linda McCartney on the right.

Paul McCartney plays the piano at the Ringo Starr’s wedding to Barbara Bach at the London club Rags, 1981. Ringo can be seen on the left and Linda McCartney on the right.