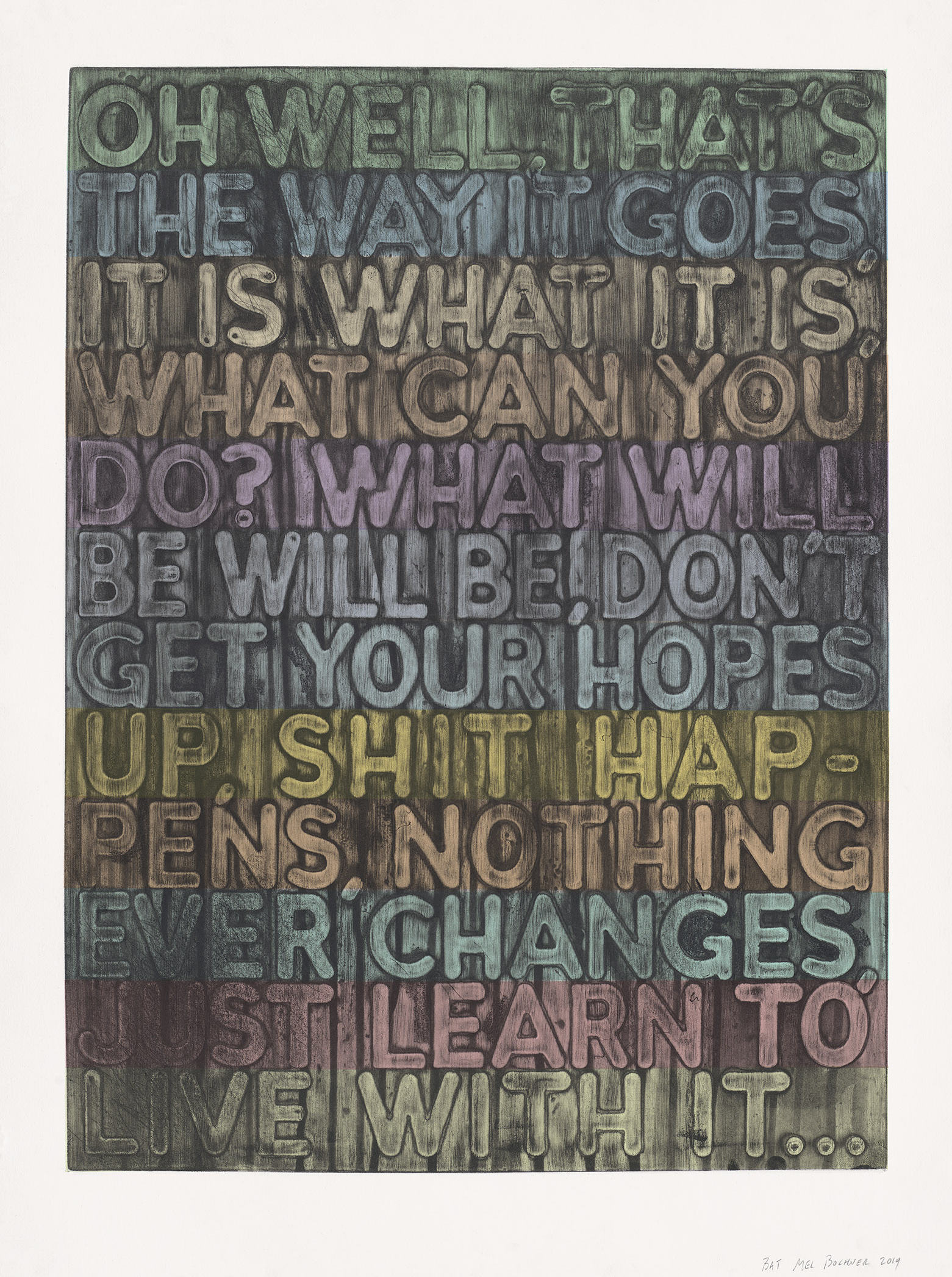 Bochner was trained as a painter but stayed away from it during his early professional years. He felt that it was an exhausting form—at least for him—and concentrated his efforts on what might be thought of as less historically binding media. He considered himself a painter who just didn’t happen to paint. But Bochner was never an artist to accept anyone else’s idea of what was possible. And so despite all the “painting is dead” talk roiling the art world, he came to realize that painting could be every bit as effective a vehicle for launching ideas as anything else. In fact, for certain modes of representation, it was the most efficient and evocative. Rather than limiting options, the historical and stylistic stew of signs inherent in painting provided the artist with a storehouse of meaning (the word “thesaurus” means treasury or treasure) that readily lent itself to the kind of canny manipulation at which Bochner is so adept. You can be straightforward or elliptical; you can mask intention or reveal it.

Mel Bochner [born 1940] is recognized as one of the leading figures in the development of Conceptual art in New York in the 1960s and 1970s. Emerging at a time when painting was increasingly discussed as outmoded, Bochner became part of a new generation of artists which also included Eva Hesse, Donald Judd, and Robert Smithson – artists, whom, like Bochner were looking at ways of breaking with Abstract Expressionism and traditional compositional devices. His pioneering introduction of the use of language in the visual led Harvard University art historian Benjamin Buchloh to describe his 1966 Working Drawings as ‘probably the first truly conceptual exhibition’.