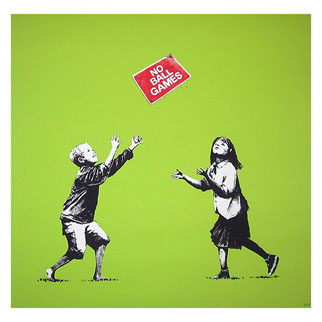 No Ball Games (Green) by Banksy