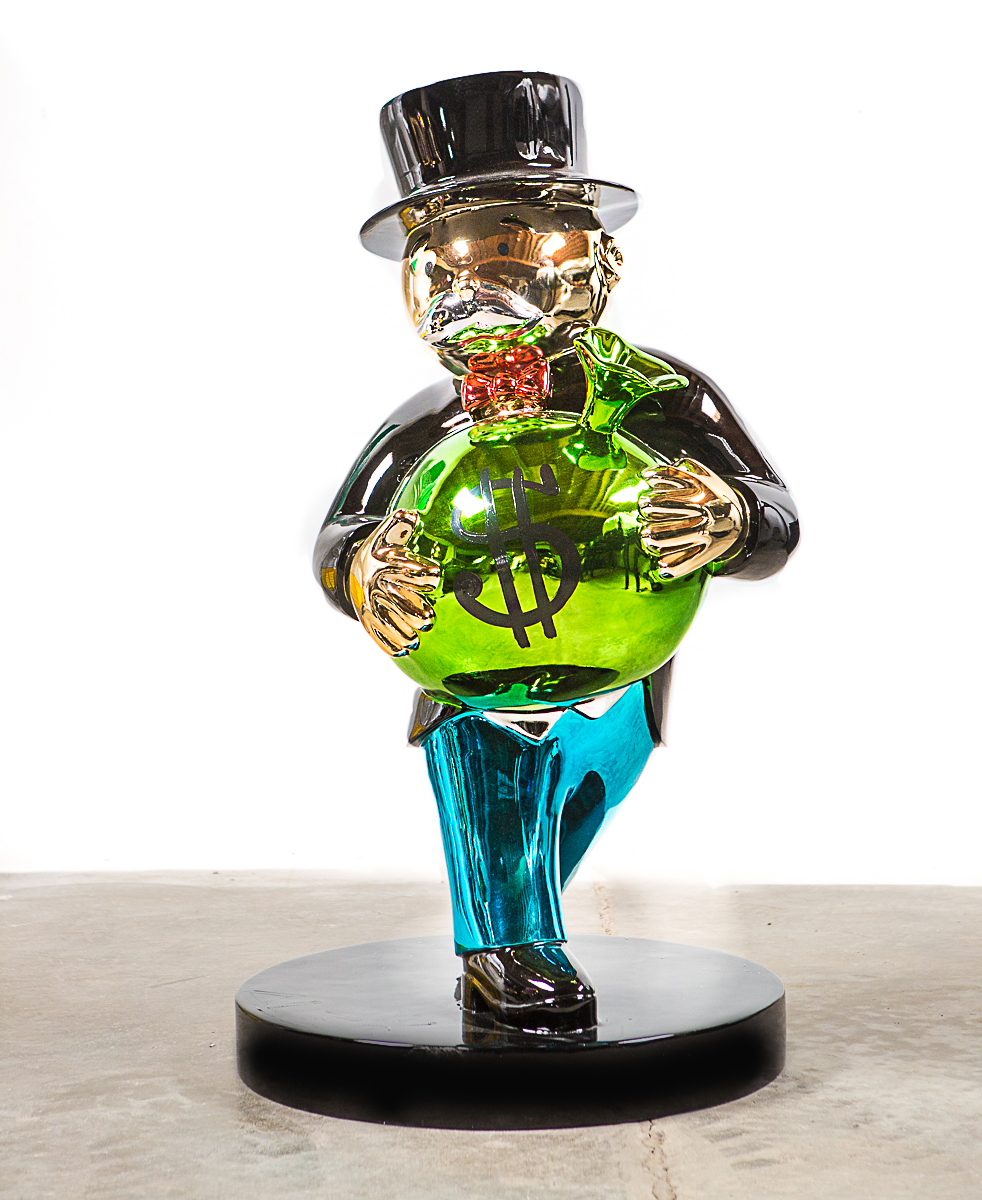 Alec Monopoly brings his paintings to life as he creates his most popular icons into physical sculptures.