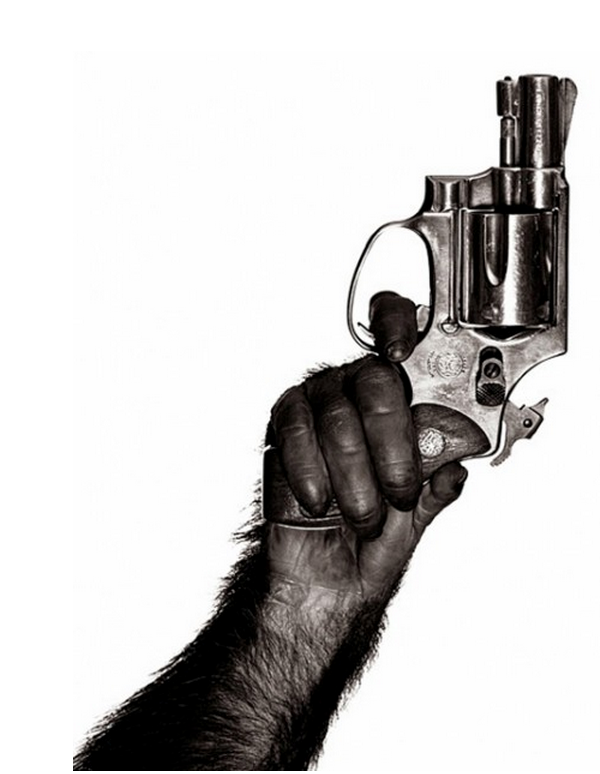 Monkey With Gun by Albert Watson