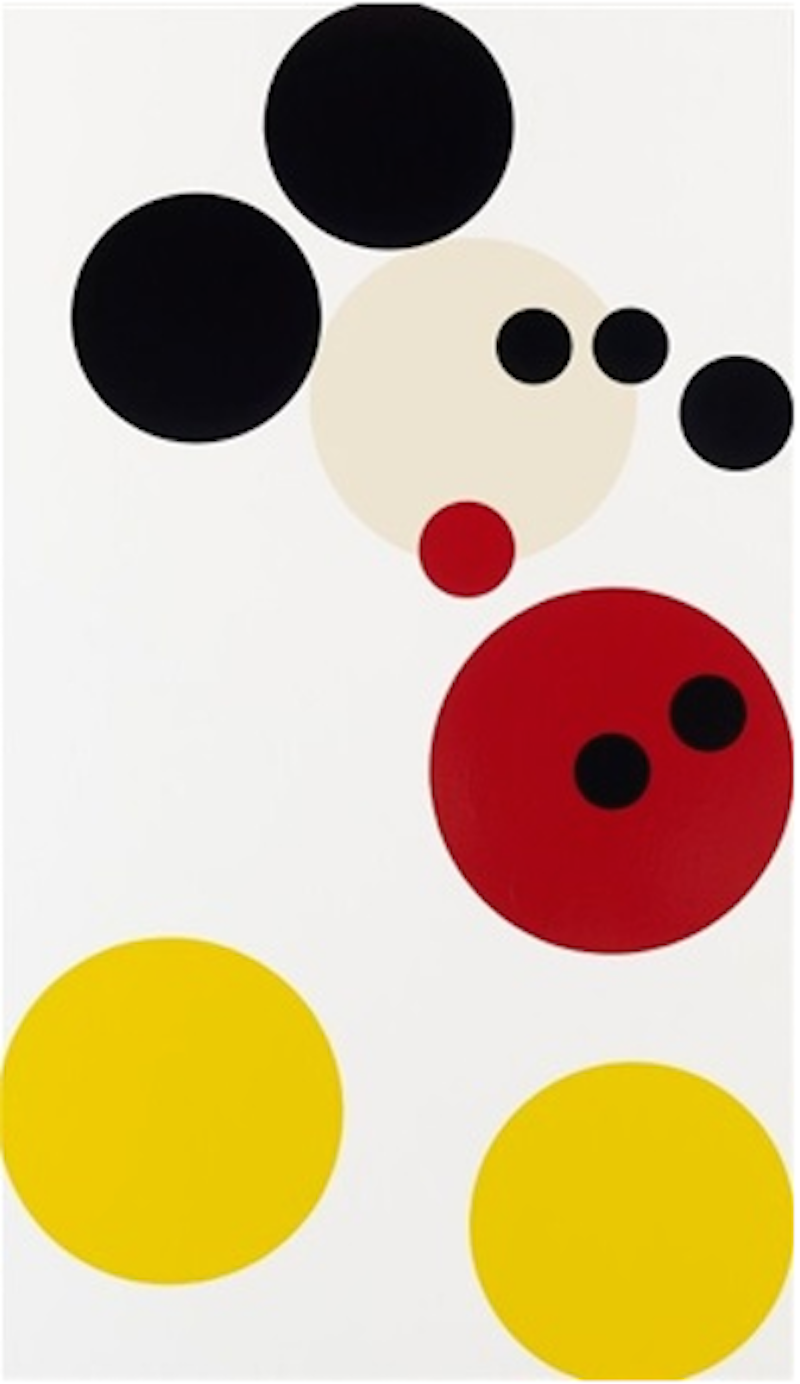 Mickey Mouse artworks by Damien Hirst first began in 2012 after Hirst was invited by Disney to create an artwork inspired by Mickey Mouse. The painting was auctioned at Christie’s, London, on 13 February 2014 in aid of Kids Company, a charity Hirst has long supported, raising almost 1 million British pounds.

Since the late 1980’s, Hirst has used a varied practice of installation, sculpture, painting and drawing to explore the complex relationship between art, life and death. Explaining: “Art’s about life and it can’t really be about anything else … there isn’t anything else,” Hirst’s work investigates and challenges contemporary belief systems, and dissects the tensions and uncertainties at the heart of human experience.