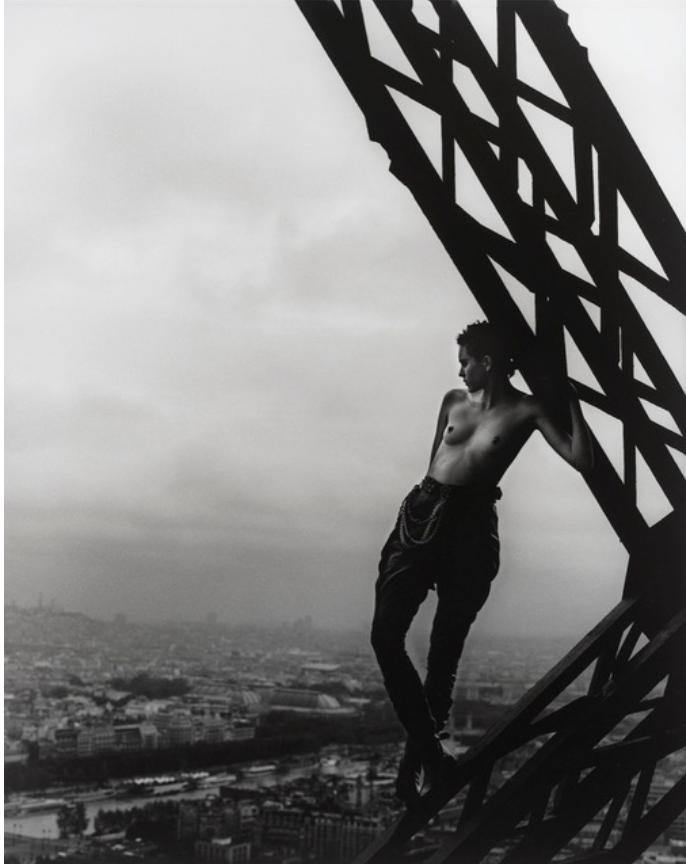 Mathilde on the Eiffel Tower by Peter Lindbergh

Mathilde on the Eiffel Tower by Peter Lindbergh

The fashion photographer Peter Lindbergh is celebrated for his artfully composed narrative photographs, as well as his films and television commercials. He began his career as a painter before taking up photography in 1971. Upon moving to Paris in 1978, Lindbergh started working for Vogue, which eventually led to assignments for The New Yorker, Vanity Fair, Rolling Stone, and Harper’s Bazaar, among others. He shoots portraits of celebrities and supermodels for these publications and has also worked on sumptuous advertising campaigns for such top fashion houses as Giorgio Armani, Donna Karan, and Comme des Garçons. Although Lindbergh works in both color and black and white, the latter is his preferred medium. Lindbergh has since shot numerous music videos and album covers, including Beyonce’s I Am… Sasha Fierce. Gagosian Gallery in Paris hosted his first solo exhibition in September 2014. The artist passed away at the age of 74 on September 3, 2019.

For more information on work like Mathilde on the Eiffel Tower by Peter Lindbergh, contact info@guyhepner.comcreate new email.