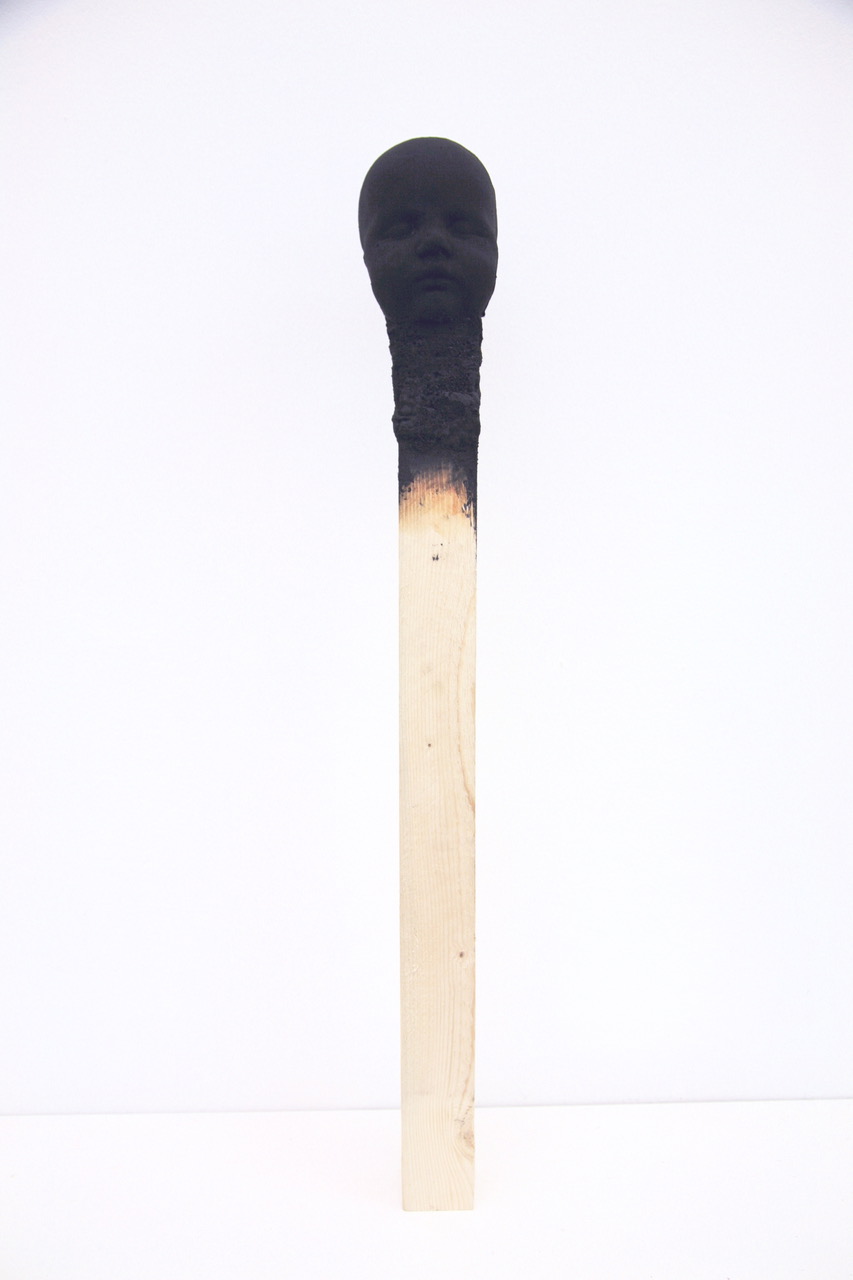 Wolfgang explains his work by saying, “The meaning and content of a work grows while I’m in the process of doing the physical work. One could read those burned matches as worn-out or burned-out human beings. The installation can appear like a battlefield or just like some playground where someone played around with matches and dropped them. All the heads I’ve used so far are from Chinese people. This sometimes leads to the assumption that this is a criticism of the Chinese government. One can read it that way, but I think this metaphor could be used for any western system as well. The matchboxes could be simply seen as formal elements within the installation, as coffins or simply as matchboxes. I actually like to keep it open since I don’t like art that leaves no space for one’s own imagination.”