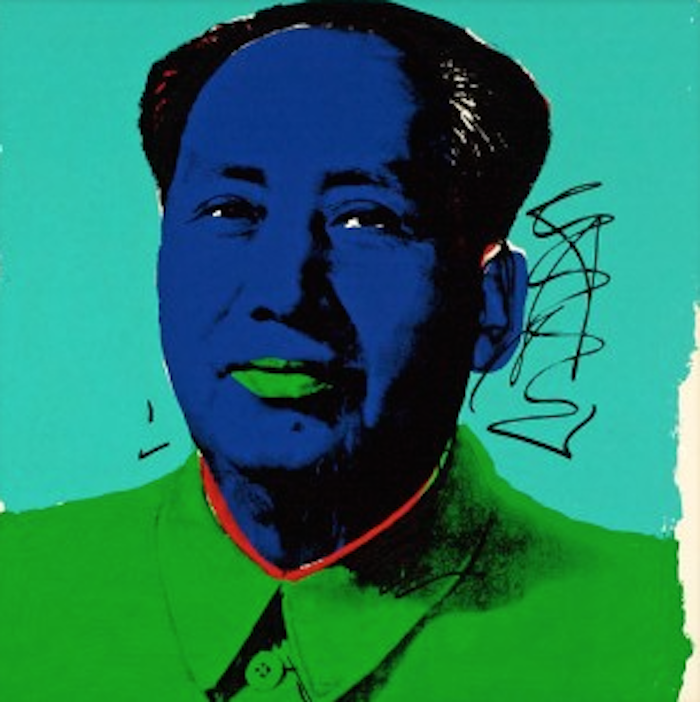 Following the first print technique in the 1960s, Warhol focused on the creation of personalized prints and paintings. The hand drawn lines against a textured background of the Mao series serves an as example of the new “stylized” figures presented in media. Warhol’s appropriation of Mao’s cult image is seen as highly individualistic. Warhol’s personal touch is in contradiction to the opposition of individualism in totalitarian China.