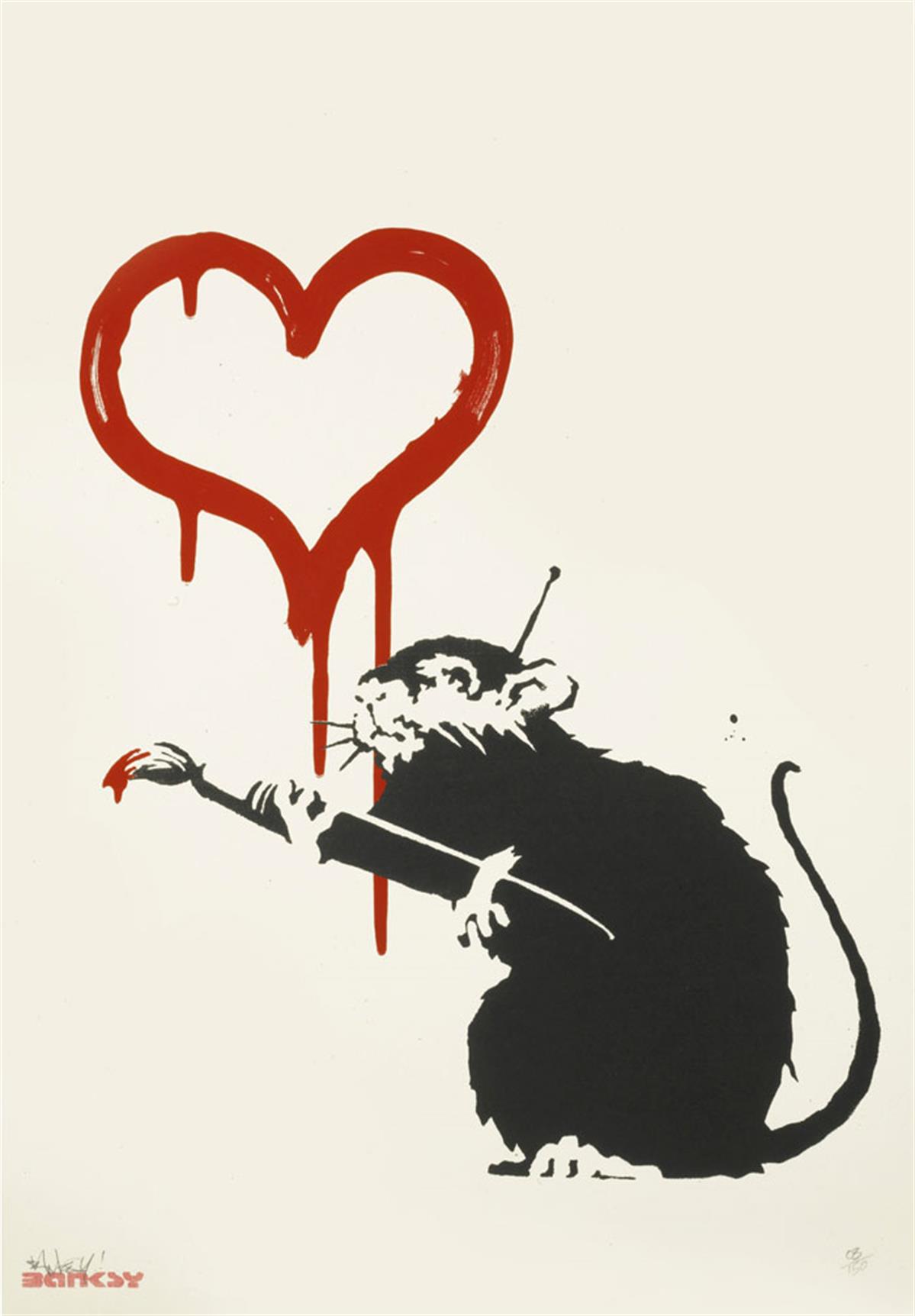 In Banksy’s Love Rat piece, first discovered in Liverpool, UK, is simple enough. It features a rat holding a red paintbrush in his two little paws, and on the wall, he has drawn a heart. The heart is dripping with red paint (bleeding?), probably due to the rat’s unsteady paws, but it is bold and complete. In this image, people see a city rat that stands for love, and perhaps they see themselves.