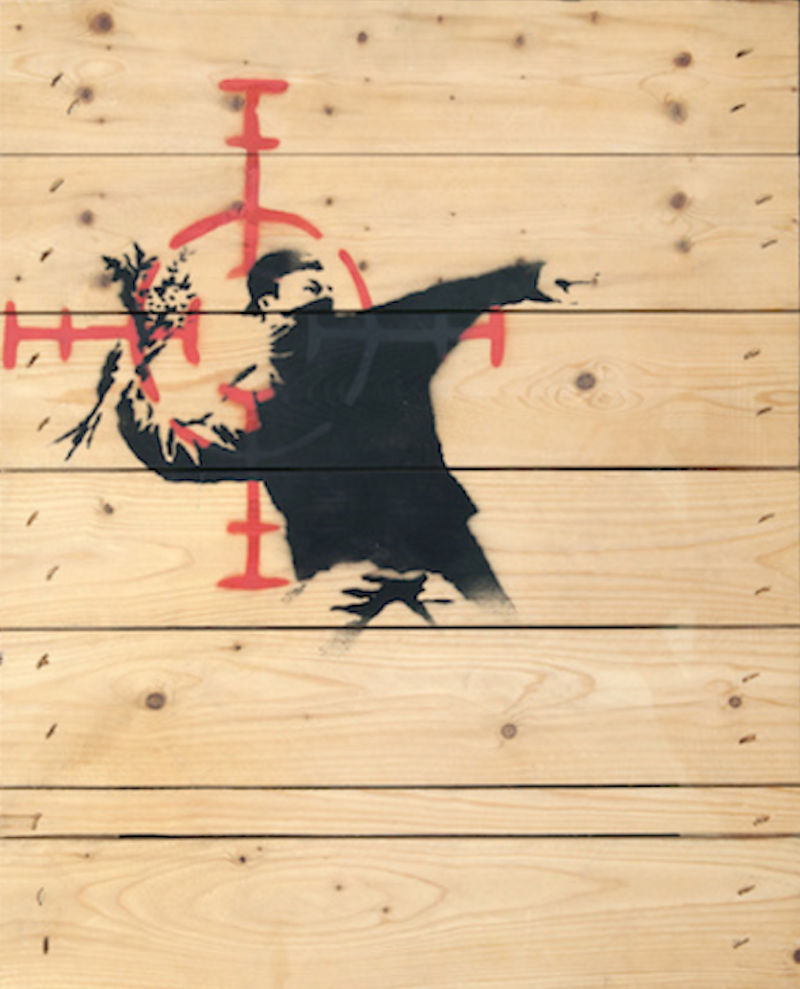 Rage, Flower Thrower, by the artist Banksy is a painting of a man wearing a kerchief and baseball cap throwing a bouquet of flowers. The man and the flower wrapping are done in black and white; the flowers and the stems protruding from the wrapper are in color.

The image is reminiscent of images from the 1960s campus and street riots. There is anger and frustration in the posture of the man, bombing the establishment with flowers. The flowers themselves, done in color, show a hope for peaceful resolution of our conflicts. Simply put, wage peace. A very interesting canvas art print to say the least.

Love is in The Air by Banksy. Banksy, the worlds most famous and most secretive graffiti artists, translates his notorious style into bold works on canvas.