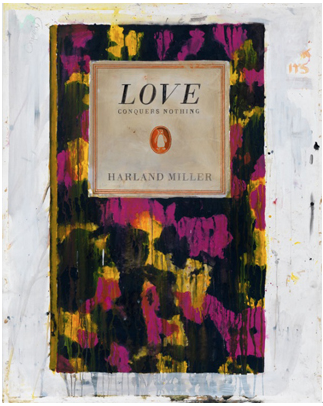 Love Conquers Nothing by Harland Miller

Love Conquers Nothing by Harland Miller
Writer and artist Harland Miller (born 1964) is known for his large-scale, playful re-workings of Penguin book covers. He explores the relationship between words and images and the process of producing meaning—in his paintings, sculptures, and mixed-media works. Interested in canonical authors like Edgar Allan Poe and Ernest Hemingway and drawing influence from Ed Ruscha, Mark Rothko, Anselm Kiefer, and Robert Rauschenberg, Miller pointedly combines text and images to comment on the frequent disconnect between representation and reality.