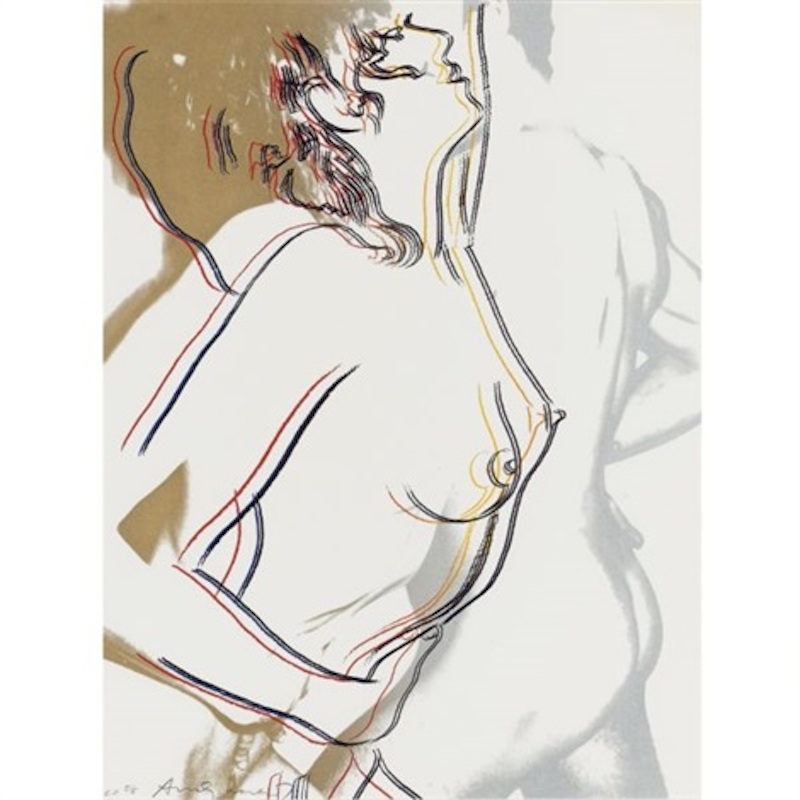 In 1983, Andy Warhol created his Love series, which includes a portfolio of three screenprints on Rives BFK paper. Each screen print depicts a nude couple embracing one another in a different position. The sequence of images seemingly implies a narrative, as if each image represents a different movement leading up to sexual intercourse. While the images are characterized by passion, lust and sexuality, they are not as much pornographic as they are romantic. There are explicit sexual acts depicted nor is an emphasis of naked sexual parts, as there is in Warhol’s 1978 Sex Parts series, which includes prints focalizing on sexual acts and male sex organs. His naming of this collection of prints as his Love series and his depiction of the couple’s full bodies rather than their body parts, also imply deeper meaning beyond sexual intercourse.