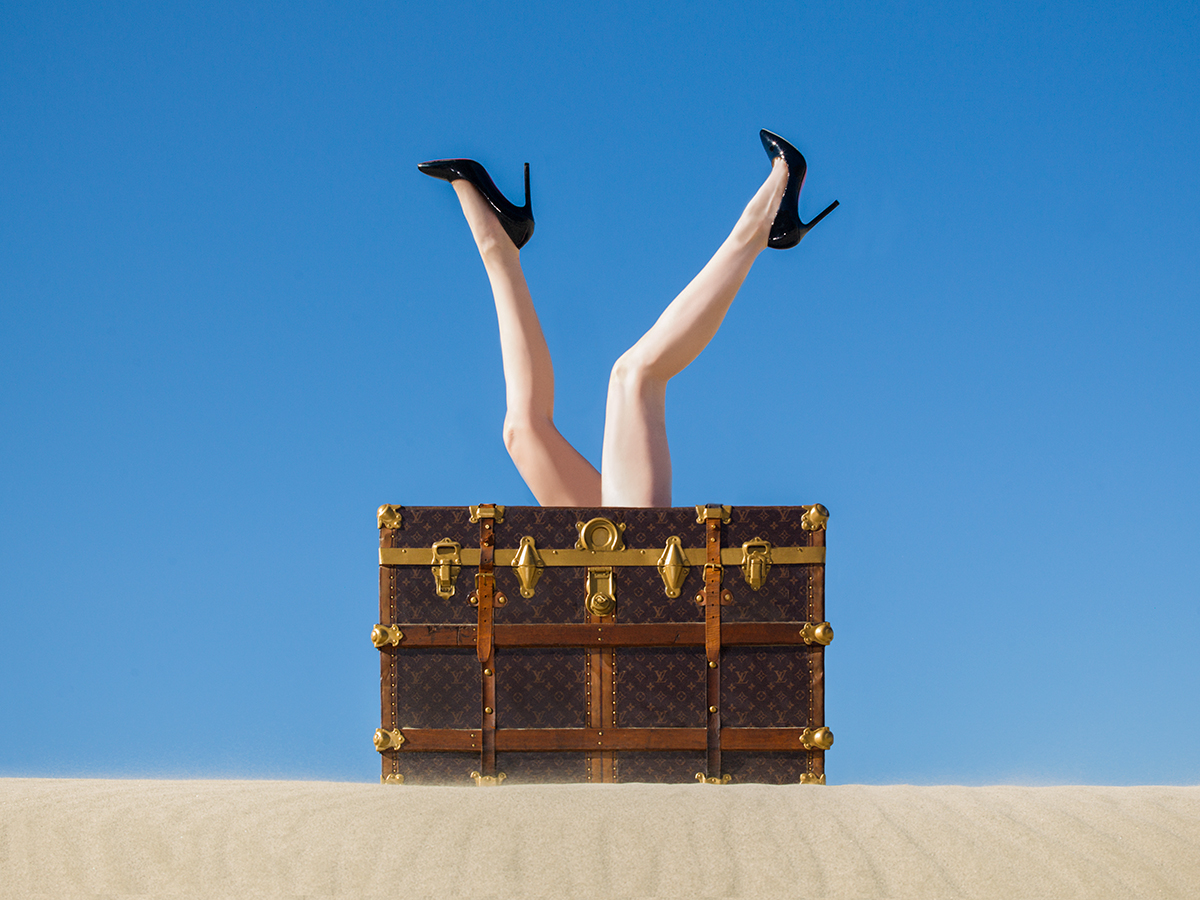 Dubbed as the “most expensive” and “best designer trunk” in the world. This is one of the last shots taken for Shield’s new book. “Something I have wanted to do since I did the Birkin shoot but it was a photo I know I needed in the book, it took me a few years to find the trunk as they are rare and not cheap.