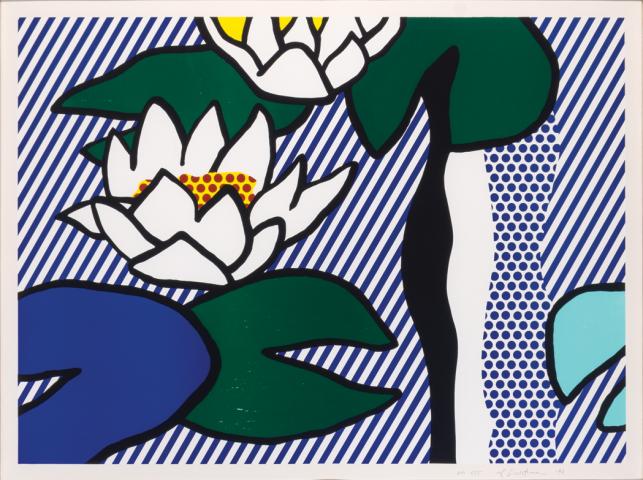 Water Lily was created to benefit the campaign of Los Angeles city councilman Joel Wachs. Lichtenstein integrates the readymade quality of screen prints and a painterly gesture with the use of thick lines, flat surface planes, and obscured perspective. The horizontal lines and  Lichtenstein’s signature dots provide a tension between the painter’s hand and mechanical reproduction.

Lichtenstein’s ‘Water Lilies’ is a group of six works that form a series to pay homage to the water lily paintings of Impressionist artist Claude Monet. These innovative works were made on stainless steel to appear to reflected like water. Lichtenstein had a long-standing fascination with reflections which he explored as a motif in many other prints and paintings.