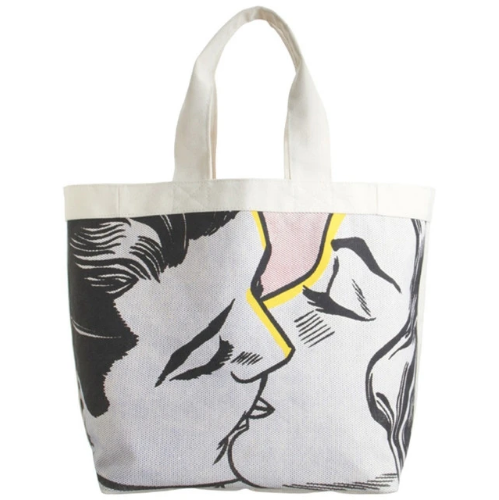 This limited edition sturdy canvas tote features Roy Lichtenstein’s Kiss IV (1963) which wraps around the sides of the tote.

This limited edition sturdy canvas tote features Roy Lichtenstein‘s Kiss IV (1963) which wraps around the sides of the tote.