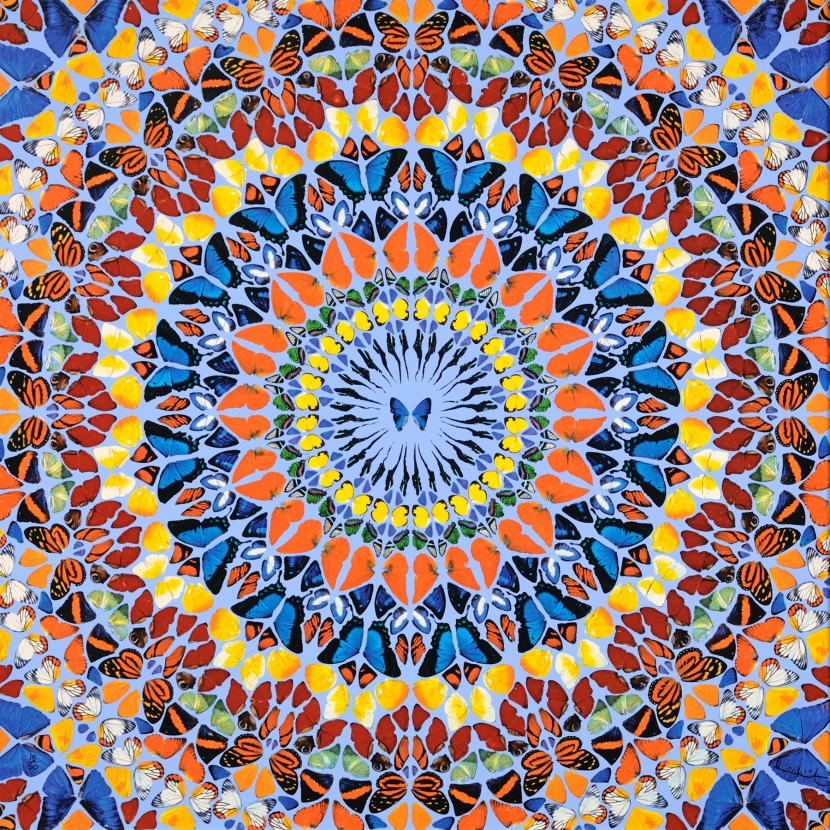 Hirst explains that, ” I probably discovered the most fundamentally important thing in any kind of art. Which is the harmony of where color can exist on its own,interacting with colors in a perfect format”.

Damien Hirst was born in 1965 in Bristol and grew up in Leeds. In 1984 he moved to London, where he worked in construction before studying for a BA in Fine Art at Goldsmiths college from 1986 to 1989. He was awarded the Turner Prize in 1995.