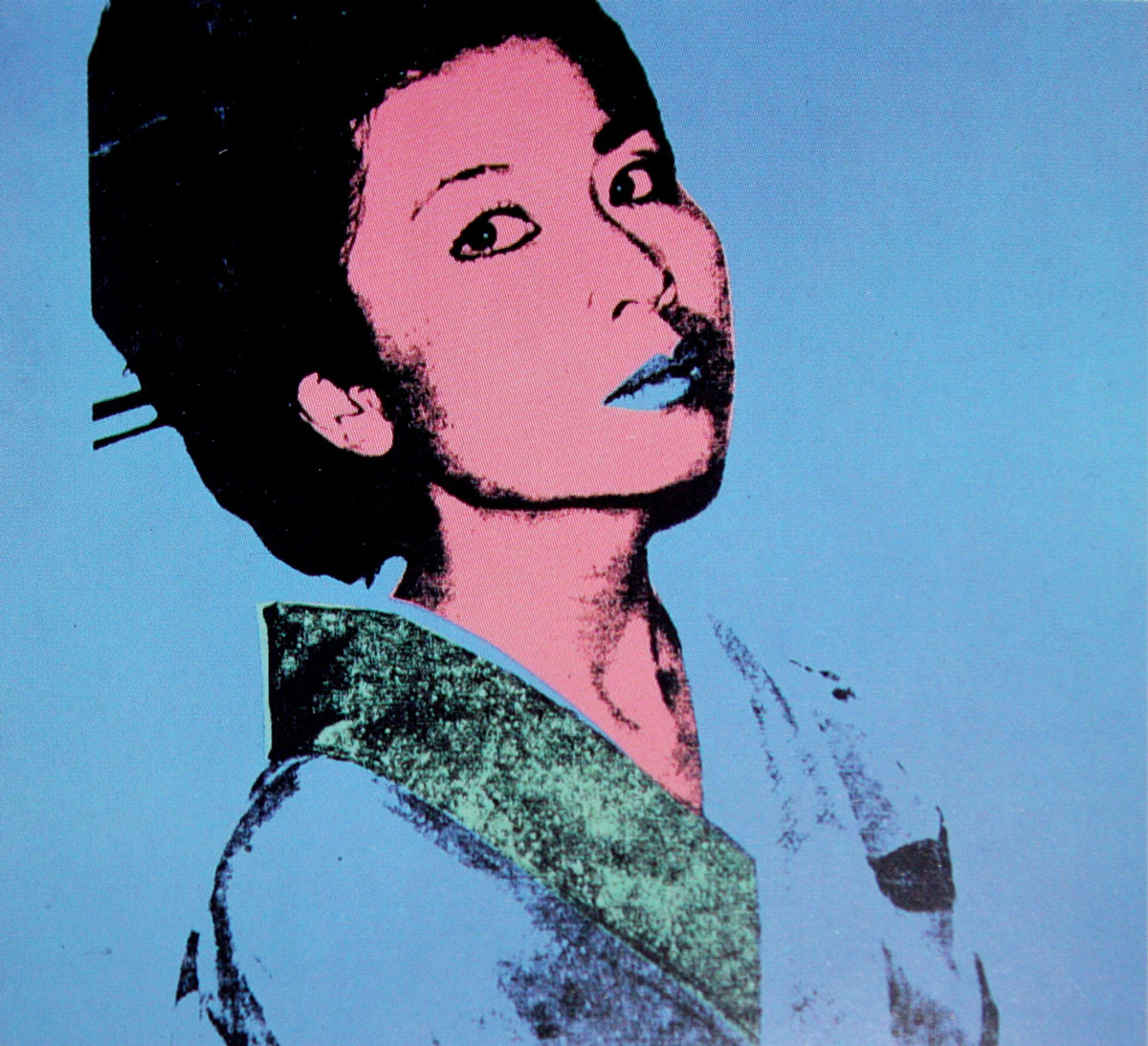 This image was an edition of two hundred and fifty prints published to raise funds for a visual arts program sponsoring artists and exhibitions. The original portrait was commissioned by Kimiko Powers.

Warhol’s Kimiko Series features Kimiko Powers, an art collector. Popularized in international art circles in the 1960s, Kimiko and her husband, John, amassed one of the most comprehensive private collection of pop art. This perhaps led to her friendship with famous artists such as Andy Warhol. This was also around the time in the 1970s when Warhol began to regularly accept commissions to paint portraits of the rich and famous because he thought that everyone deserved their “15 minutes.” This portrait captures Kimiko wearing a traditional Japanese dress, glancing at the observer, suggestively Warhol, in an intimate manner. It captures the often unexamined bond between the artist and the collector.