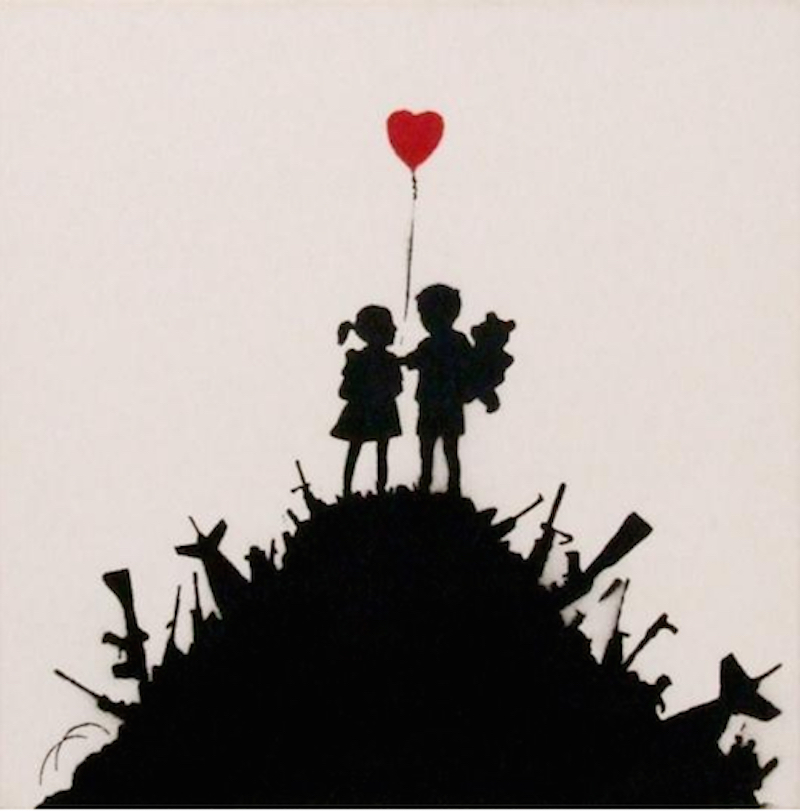 Kids with Guns Hill by Banksy is another work depicting his iconic balloon girl. The simplicity and severity of the color contrasts gives it both beauty and deeper meaning, making it one of the artists more somber pieces.

The image presents the viewer with the image of the silhouettes of young boy and girl atop a hill of weapons while holding kids toys and heart balloon as they look at each other. Commenting on war, violence and the state of terror, Banksy illustrates the impact of the ever-present treachery which dominates the 21st century.

Banksy, the worlds most famous and most secretive graffiti artists, translates his notorious style into bold works on canvas.