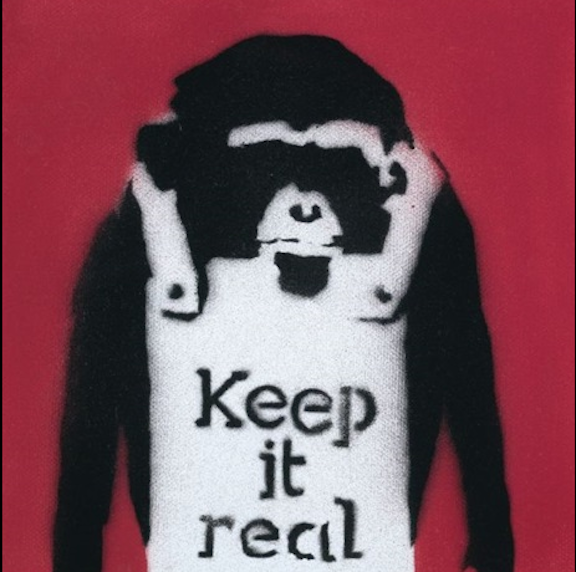 Keep It Real Painting by Bansky