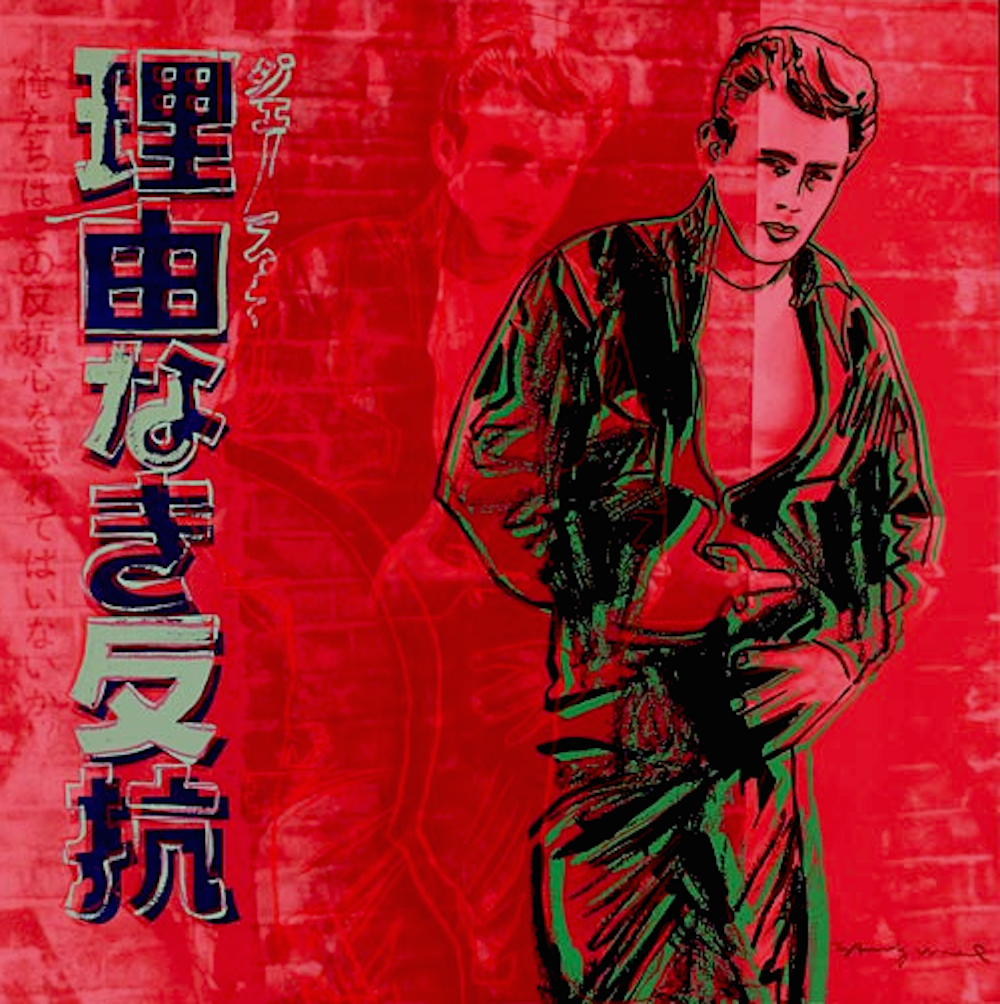 James Dean ( Rebel Without a Cause)  from Andy Warhol’s Ads series. The Ads Portfolio of prints by Andy Warhol is one of his most sought after and iconic sets of prints. This Andy Warhol portfolio includes images of Judy Garland and the iconic Paramount logo . The Ads portfolio is made up of ten screen prints on Lenox Museum Board by Andy Warhol.

Since his depiction of Marilyn Monroe in the 1960’s, Andy Warhol has been intrigued by the impact of celebrities on popular culture. Here Warhol depicts another actor who died tragically young, and then became a legend after his death. The most important print in the ‘Ads” portfolio is this work: “Rebel Without a Cause (James Dean).” Over the past two years the work has performed extremely well at auction and is considered one of the artist’s most well-known prints from his later period.