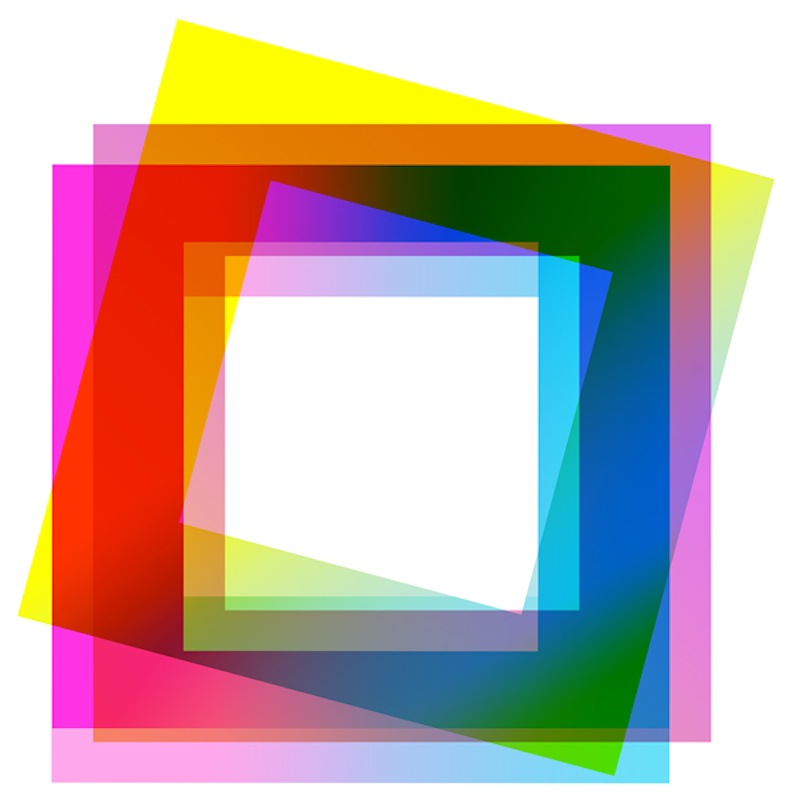 As a part of his Image Objects Series, Vierkant blurs the boundaries between digital and physical world. It’s does this by investigating a creation of art that is present in the real world, subsequently injected into the digital one and finally reappears in physical form, potentially even on a loop. Vierkant ultimately creates for every print offered to be the only of its’ kind.

As a part of his Image Objects Series, Vierkant blurs the boundaries between digital and physical world. Although his pieces exist in the latter as sturdy PVC printed sculptures mounted on walls, their digital permanence is equally pivotal to their understanding. Each piece begins its life as a digital file, of which multiple variations of protean shapes and appearances exist. These are then rendered as UV prints on dibond and precision-cut to the form of the piece to create photographic prints with the depth and presence of a sculpture, both sharp and unfocused. Once the sculptures are exhibited in a gallery space, they are immortalised as installation shots and as such – these ‘image-objects’ – they circulate in the digital sphere through gallery websites, publications and other unpredictable places. Each time the pieces are documented officially, the documentation photos are altered to create a new form which does not accurately represent the physical object, and generate new derivative works that build upon the initial objects. This allows for every print offered to be the only of its’ kind.  Indeed, the artist is interested not only in the first phase of their life as digital files, but also in their long-lasting proliferation as found images on the Internet.

Ultimately, the viewer’s experience becomes split between the physical encounter in a gallery setting and the countless variations of the objects circulated in prints, publications, and on the Internet. The documentation becomes a separate work in itself, incorporating elements of collage, techniques commonly used in professional image retouching, aestheticized digital watermarks, and more.

Vierkant makes art that is centered upon the importance of representation across media. This is evidenced throughout his practice, whether in the documentation or the process of creating his works. The interaction between physical and digital entities propagates debates related to both the development of art in a “post-internet” age and to its contemporaneous Intellectual Property rights.

In 2013, Vierkant began investigating laws around the authorship of intellectual property in his series “Exploits.” The first show, “US 6318569 B1, US 8118919 B1; (Exploits),” featured two inventions Vierkant licensed from their patent holders and incorporated into works. A later show at Higher Pictures gallery in New York aimed to merge “Exploits” and “Image Objects,” but fell through when Polaroid, the corporation Vierkant was working with, failed to grant usage rights. Although the works were on view at the gallery for a month, the company name is now written as “[redacted]” on his and Higher Pictures’s website, and in installation views the artwork is methodically blurred out, instead of cheekily distorted as per Vierkant’s typical style.

This month, he has two separate solo shows opening with the single gallery entity Mesler/Feuer and Feuer/Mesler. For one, his fourth “Image Objects” show since the series’ debut at Reference Gallery in 2010, Vierkant is taking the installation view photographs from past shows and phasing them into the physical works. The other show, “AN ON MO SA NS,” continues his consideration of intellectual property, this time broaching the legalities of patented genetic material. Clearly not one to shy away from a challenge, he has taken on the agro-giant Monsanto, obtaining GMO seeds which he is “sowing” into resin canvases.