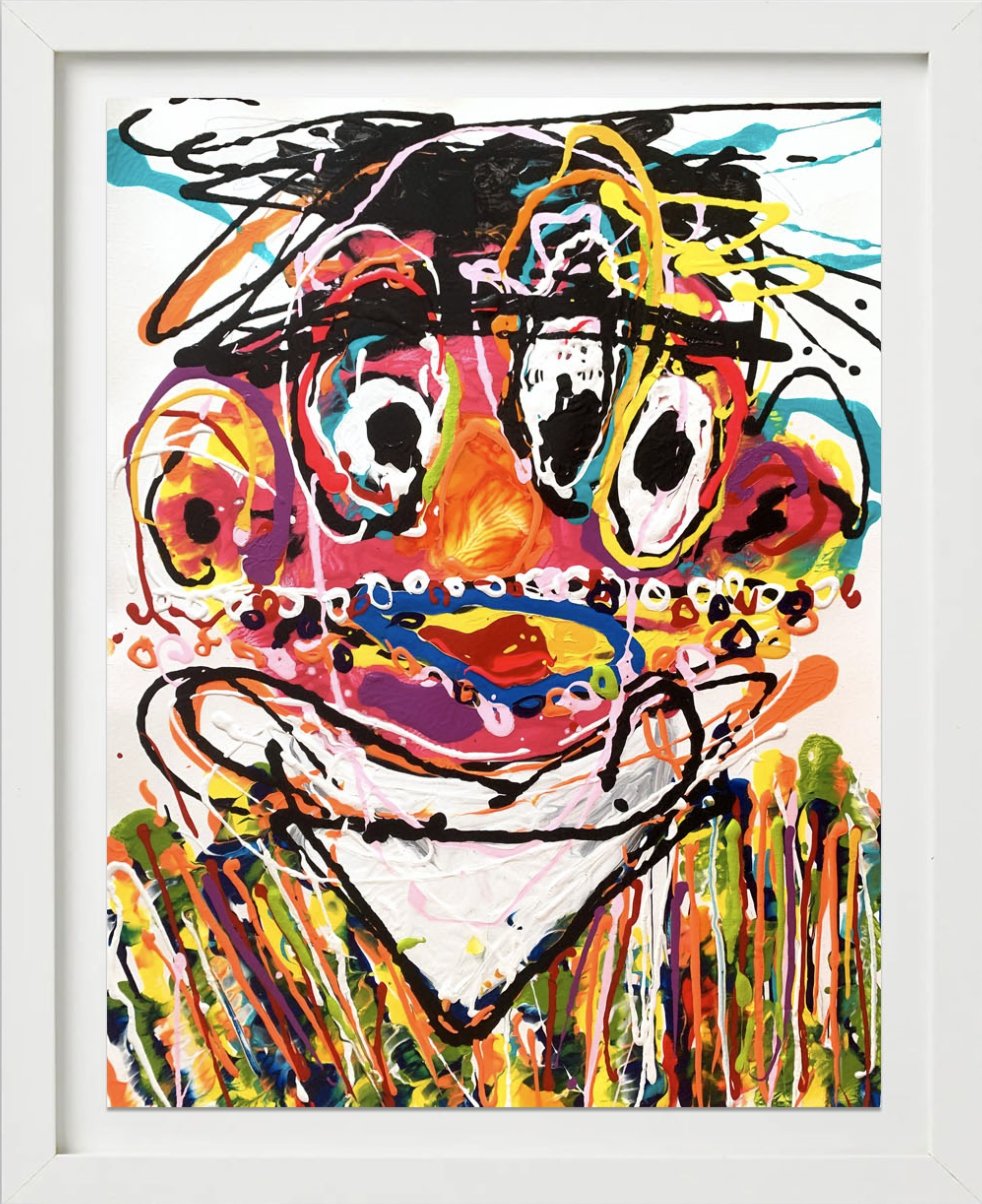 On Thursday February 11, Guy Hepner and The Tax Collection are pleased to release “The Road Ahead” an exclusive 6 color, hand pulled screen print as well as seventeen unique works on paper by John Paul Fauves. The artworks will be available to shop online at guyhepnereditions.com from 2pm EST.

“The Road Ahead” will be available as a limited edition screen print of 50 as well as  5 Artist Proofs. In addition, a special series of hand painted works on paper will be available. The works explore classic american iconography revisiting Golden Age starlets Marilyn Monroe and Elizabeth Taylor. Fauves chose to pair these works with ongoing themes from his work – distorted and reinterpreted versions of beloved American children’s television. Centering primarily around Jim Henson’s “The Muppets” – Fauves strives to capture the  menacing undertones of seemingly innocent imagery. Inspired by his young son and his journey through adolescence – Fauves captures the often overlooked complexity of youth and navigating the world while coming of age. The stark contrast creates a dichotomy that presents themes of losing one’s innocence while also celebrating excess and a seemingly lost age of regalia and celebrity.

John Paul Fauves is a contemporary artist hailing from San Jose,  Costa Rica. In his work, Fauves strives to engage questions of identity as they relate to art history as well as our everyday interactions with mainstream culture and social media. His artistic journey started at the age of twelve after he became a student of Joaquin Rodriguez del Paso, one of the most important Costa Rican modern art tutors. Originally painting on trees and abandoned structures – Fauves developed his signature neo-surrealist style and has since transferred to canvas as his primary medium.