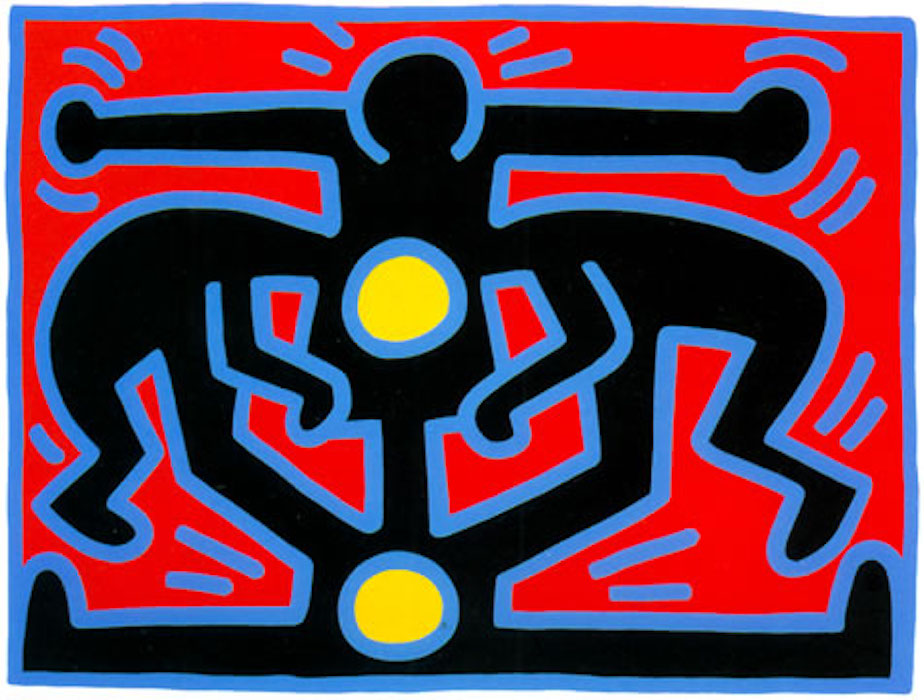 Keith Haring sought to democratize art and enable growth through the rights and activism he portrayed through his work. In the Growing series, the figures represented stem from the single individual. Growth represents the artist’s desire to emerge from societies withheld value system in gender, class, race, and sexuality.

Growing by Keith Haring – Keith Haring’s 1988 series titled Growing is a collection of 5 screenprints. Keith Haring is recognized for his exclusive use of black and white, and typical use of primary colors, the figures were simplified, and easily recognizable as his. They formed glyphs that could be read, like an urban, tribal language.