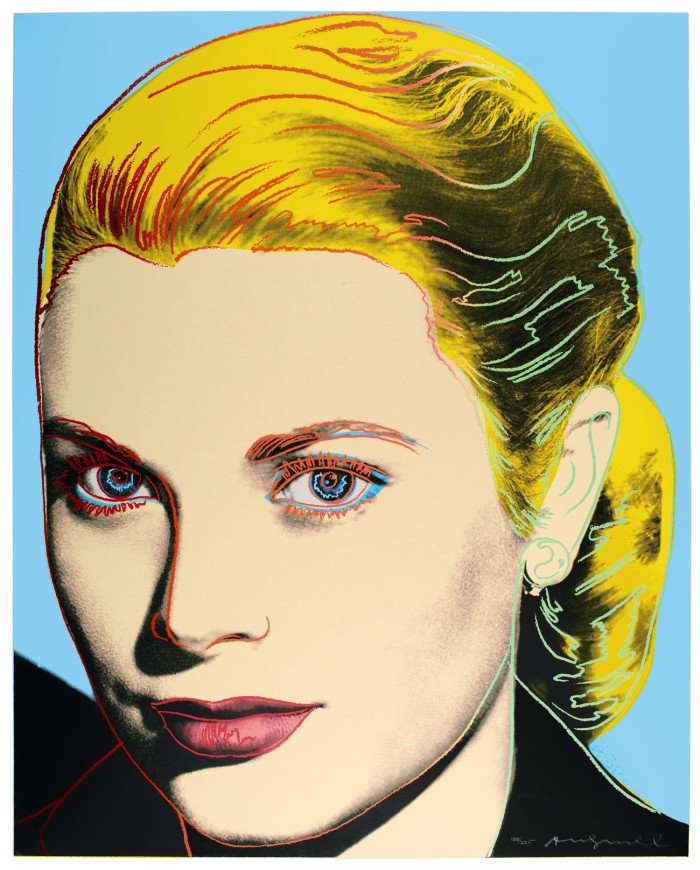 This piece was done just two years after the death of Her Serene Highness The Princess of Monaco Grace Kelly. From Warhol’s Icons.

Warhol completed this stunning portrait of Grace Kelly only two years after she had died tragically of a stroke in 1982 at the age of 52.

It was a fundraiser for the ICA – (the Institute of Contemporary Art) which was the university museum of Pennsylvania. Warhol always had a soft spot for the ICA. They hosted his first one-man solo show in 1965 which subsequently launched his career as a serious artist. Grace Kelly herself was born in Philadelphia, and her parents were both actively involved at the university – her mother was the first woman to head the Physical Education Department and her father was a gold medalist in sculling.