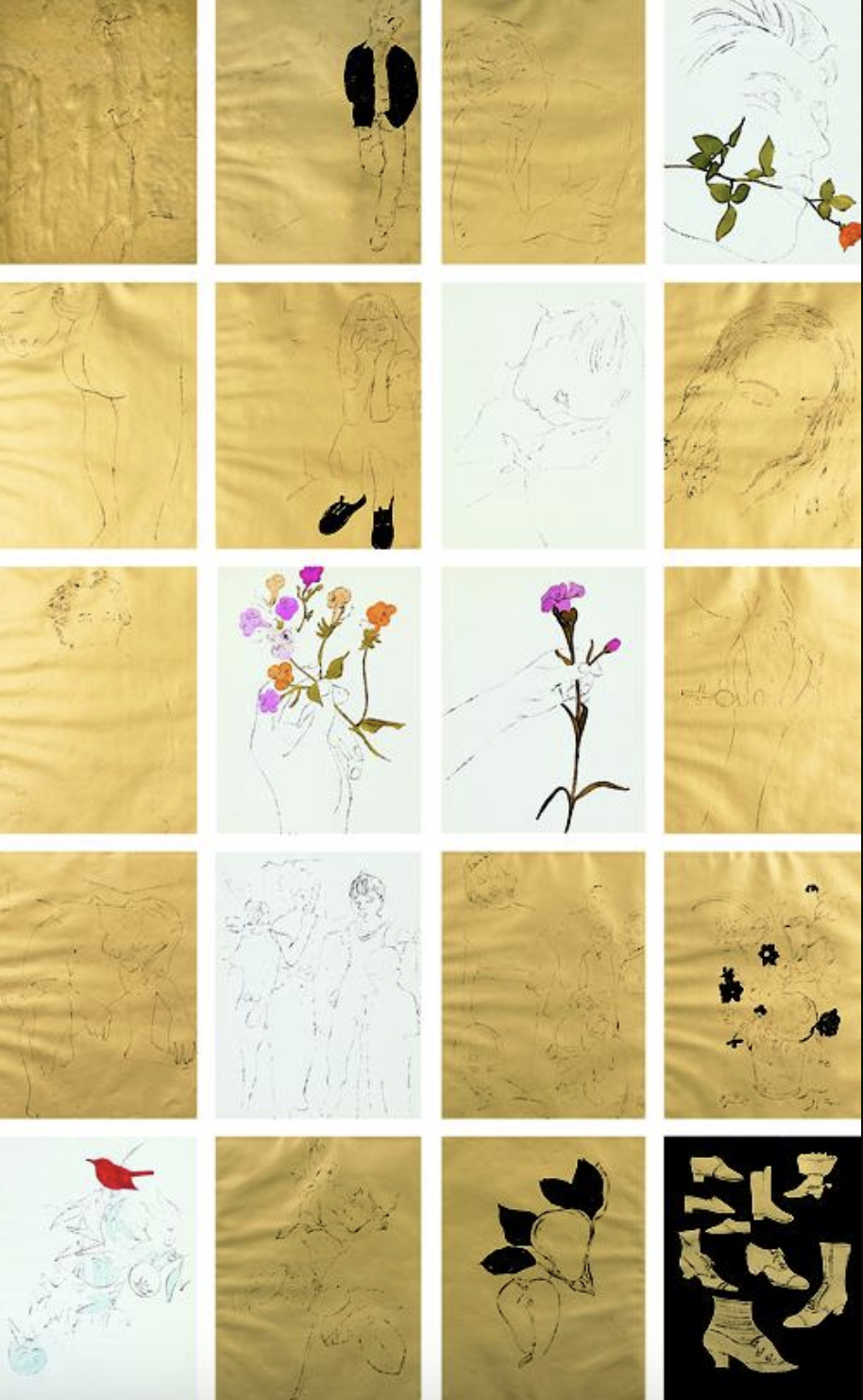 A Gold Book by Andy Warhol

A Gold Book by Andy Warhol, Book designed by Georgie Duffee. Circa 1957, offset lithography with hand coloring. This book has a hand pasted front cover unlike later printed covers

A Gold Book by Andy Warhol