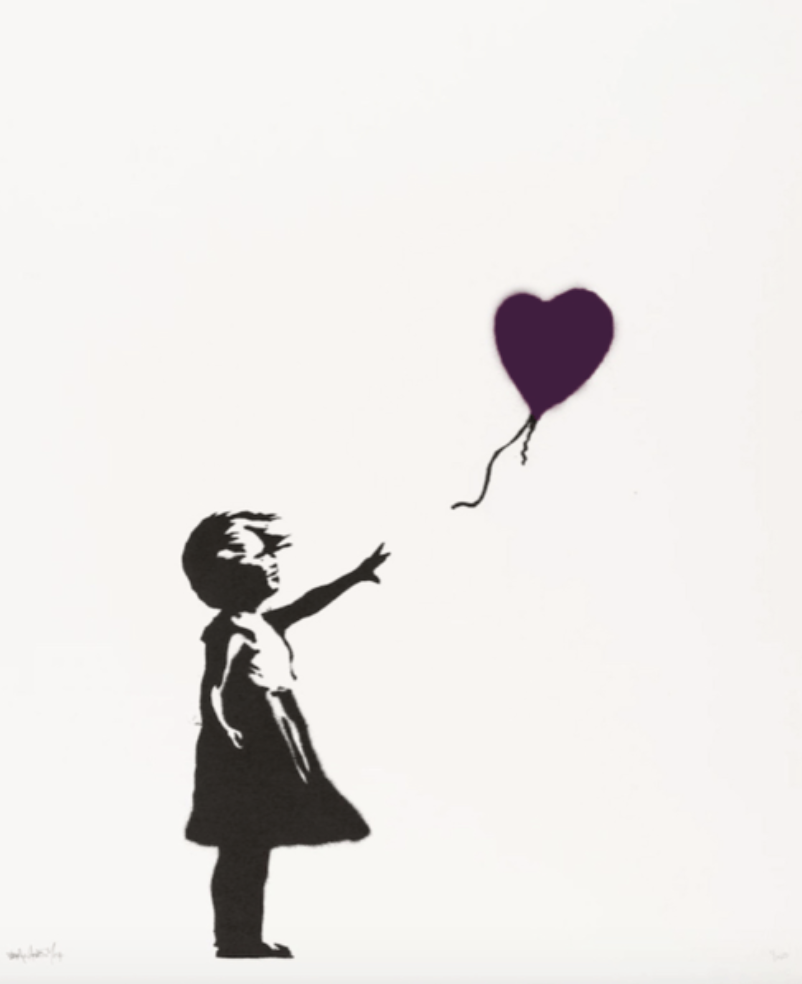 Girl with Balloon (Purple) by Banksy

Girl with Balloon (Purple) by Banksy from the Prints.

Girl with Balloon (Purple) by Banksy

Girl with Balloon first surfaced in 2002 on a dirty concrete wall under the stairway of a loading dock in the South Bank of London. Since then, the young girl letting go of her balloon has become a popular symbol of innocence and hope in the face of diversity and is one of the best-known examples of Banksy art in the world. It is one of the most sought-after Banksy prints.

Banksy’s Girl With Balloon is timeless because it represents the childish innocence that we were all born with, and evokes a desire to protect and cherish her hopes for the future. To create the original street art piece, Banksy chose a grimy wall in an impoverished area, where the artwork’s meaning would have its greatest impact. He buffed away the stains from the wall where he intended to stencil the girl, which gives her figure a sense of purity and illumination. The little girl is stenciled in black and white, looking up toward her balloon with a hint of a smile. There is clearly wind blowing from behind the girl, which blows forward her hair and dress. She is setting free — or reaching for — her red, heart-shaped balloon; its string trails away from her fingertips as it launches buoyantly into the sky. A handwritten message next to the original graffiti art reads, “There is always hope.”