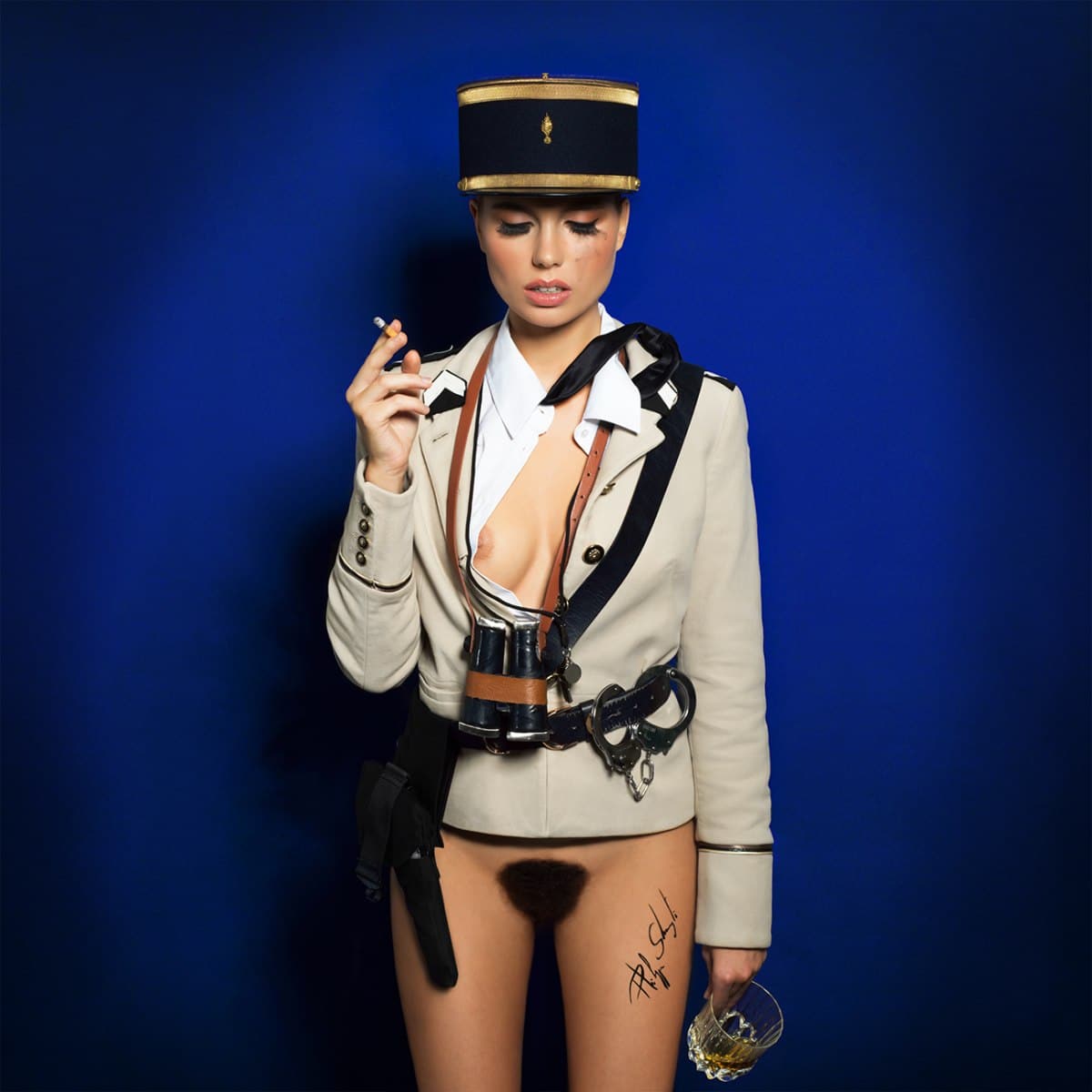 The artist presents a contrast between the symbols of authority (gendarme’s outfit, policeman’s hat, handcuffs, weapon, etc.) and the attitude of the woman who seems to show that she no longer wishes to play the role of “soldier”, and that she wants to let her body and her desires express themselves.
Add to Wishlist