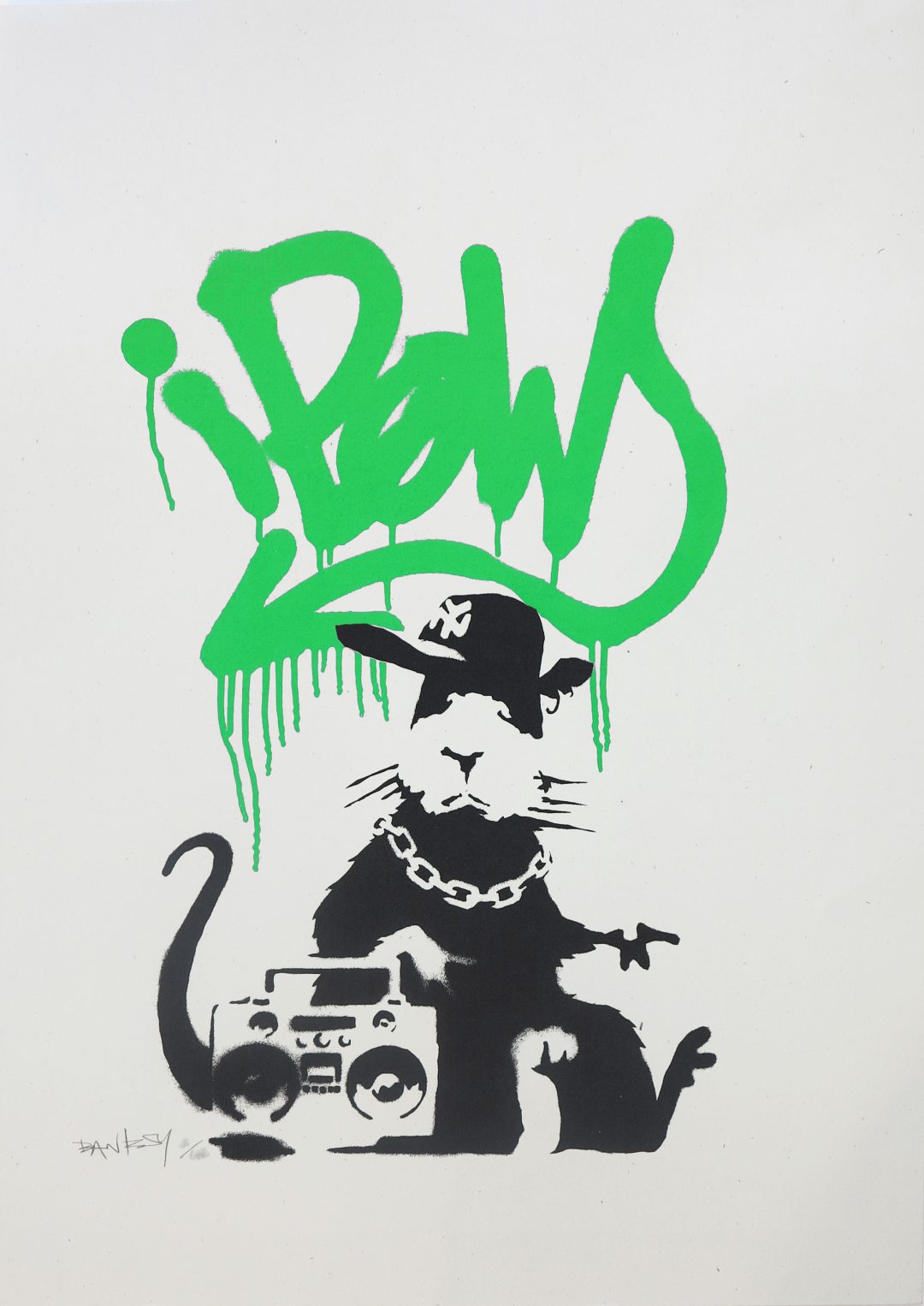 “Rats are one of Banksy’s most prolific subjects, and Gangsta Rat is a truly iconic Banksy artwork. Banksy has reproduced Gangsta Rat as graffiti art in the streets and on canvas, and urban art lovers all over the world have imprinted the image on coffee mugs, t-shirts, posters, and their bodies. Rats are iconic in Banksy street art prints because they are emblematic of street art itself. Banksy rats reference the so-called father of stencil graffiti,” Blek Le Rat. This French stencil artist, who made his name in the 1980s, was similarly fond of rats as subjects because of their massive, if negatively perceived, impact on populations.”