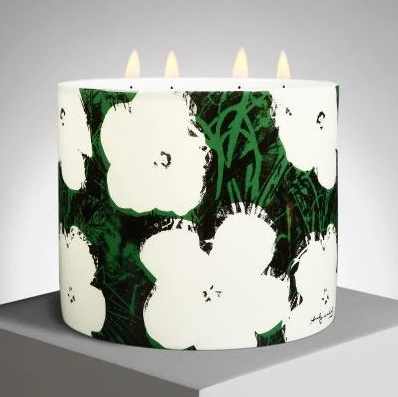 Scent by Givaudan: Lily of the Valley

Inspired by Warhol’s White Flowers on Green (1964-1965) painting. This large scented candle features a Limoges porcelain holder and a scent by Givaudan: Lily of the Valley.