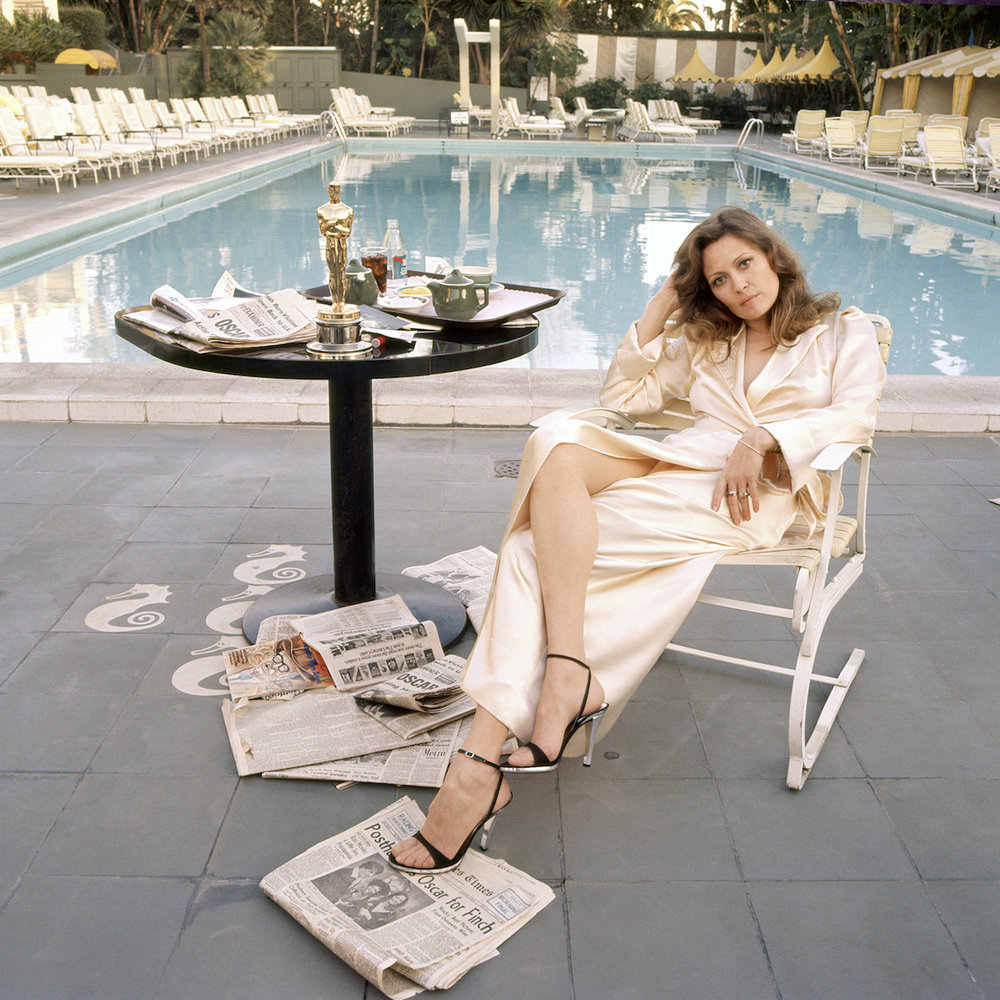 Outtake from ‘The Morning After’ photo session at the Beverly Hills Hotel in Los Angeles, the morning after Faye Dunaway won the Academy Award for Best Actress for the film Network.

Outtake from ‘The Morning After’ photo session at the Beverly Hills Hotel in Los Angeles, the morning after Faye Dunaway won the Academy Award for Best Actress for the film Network.

For more information on work like Faye Dunaway at the Pool by Terry O’Neill, contact info@guyhepner.comcreate new email.