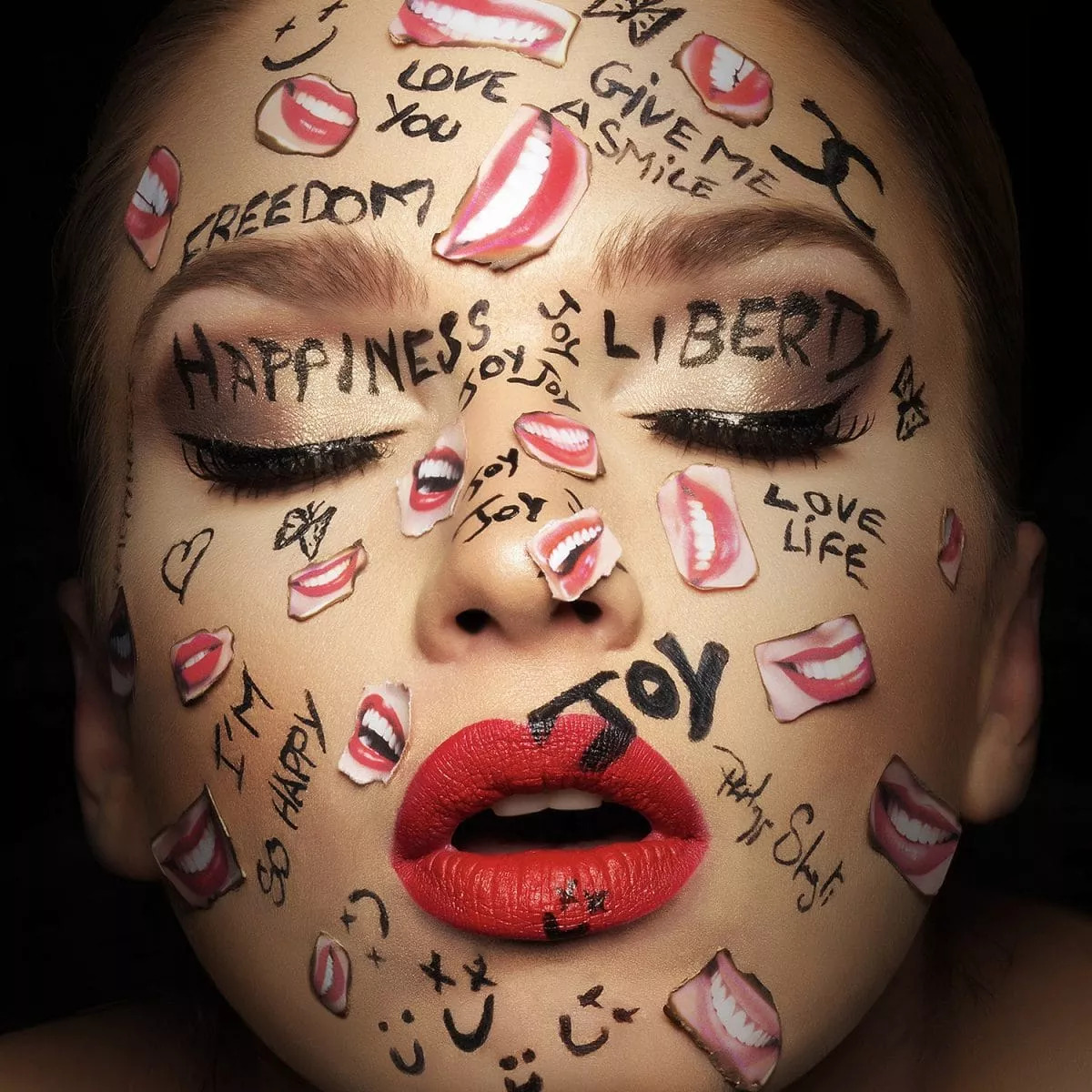 This fine art photography shows how happiness, represented here by various inscriptions, explodes in the face of the model.