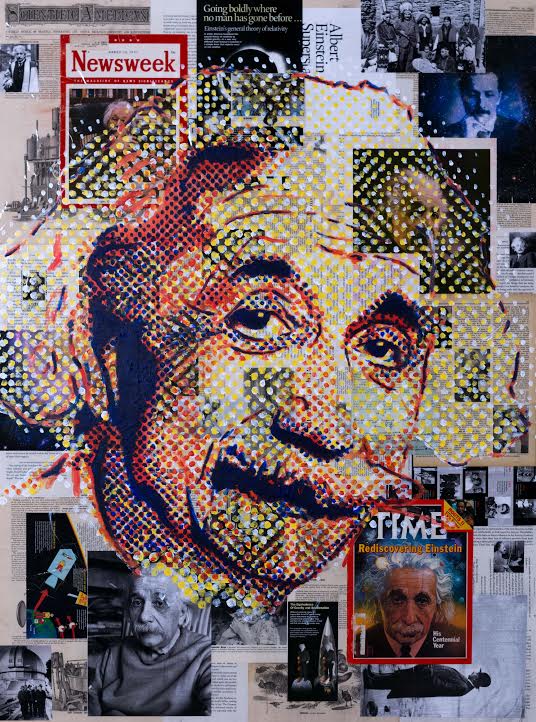 Einstein by Gillean Clark from Iconoclast

Albert Einstein’s  name has become synonymous with genius. He developed the theory of relativity, and is considered the most influential physicist of the 20th century. Clark transforms his image in his Iconoclast series.