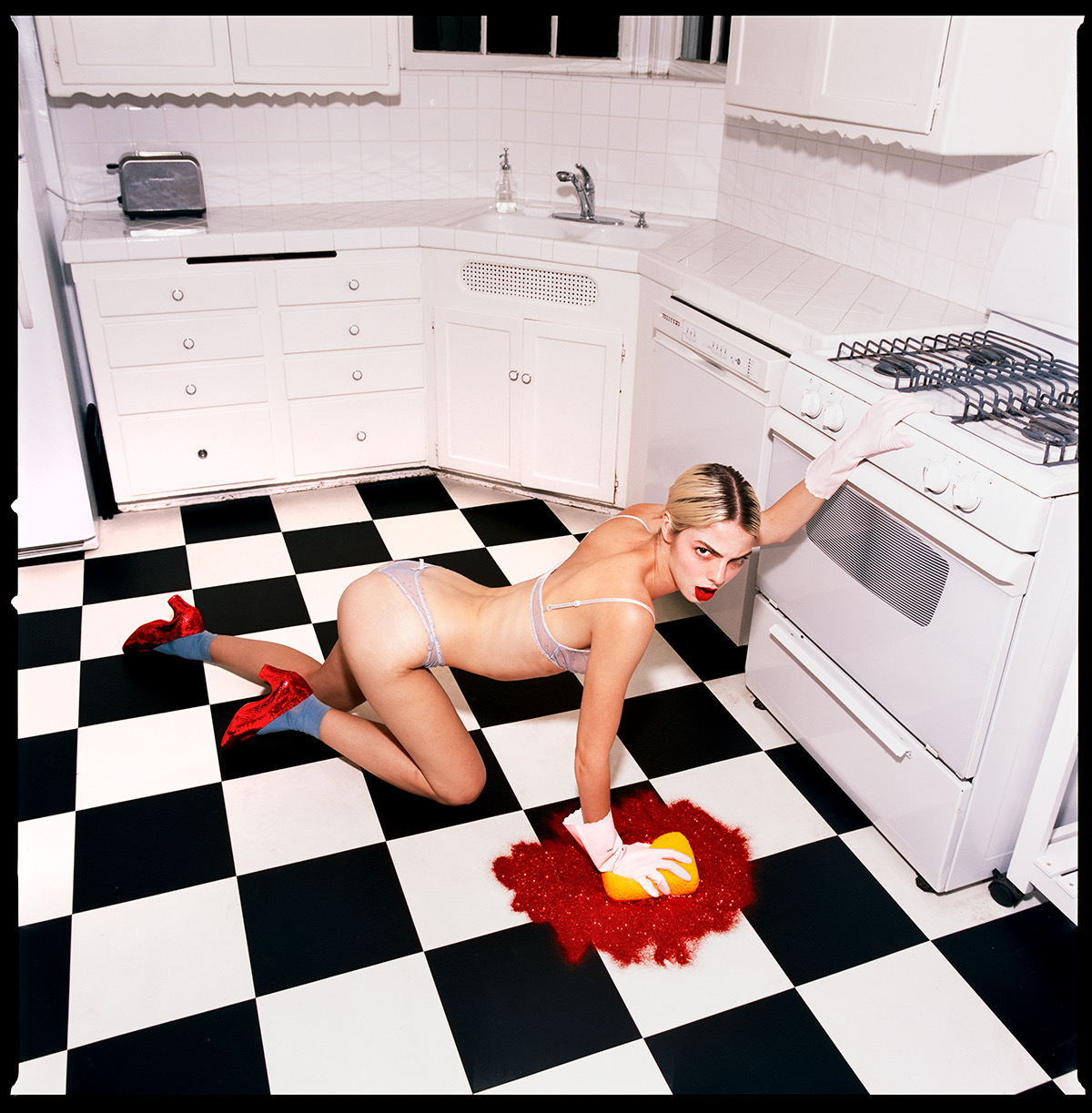 The Dirty Side of Glamour is one of Tyler Shield’s most well-known and controversial collections to date. It features models and celebrities engaging in vulgar acts of indulgence. From setting an $100,000 Birkin bag on fire to blood-soaked sex acts, the series captures a sickening duality of excess and depravity. The Dirty Side of Glamour was made into a photography book available for purchase in 2013. Today, Shields reflects on the collection and the mixed reactions it invoked. Now with more experience, better equipment, and a less shockable audience, Shields returns to “the series that changed the game” and continues the collection.