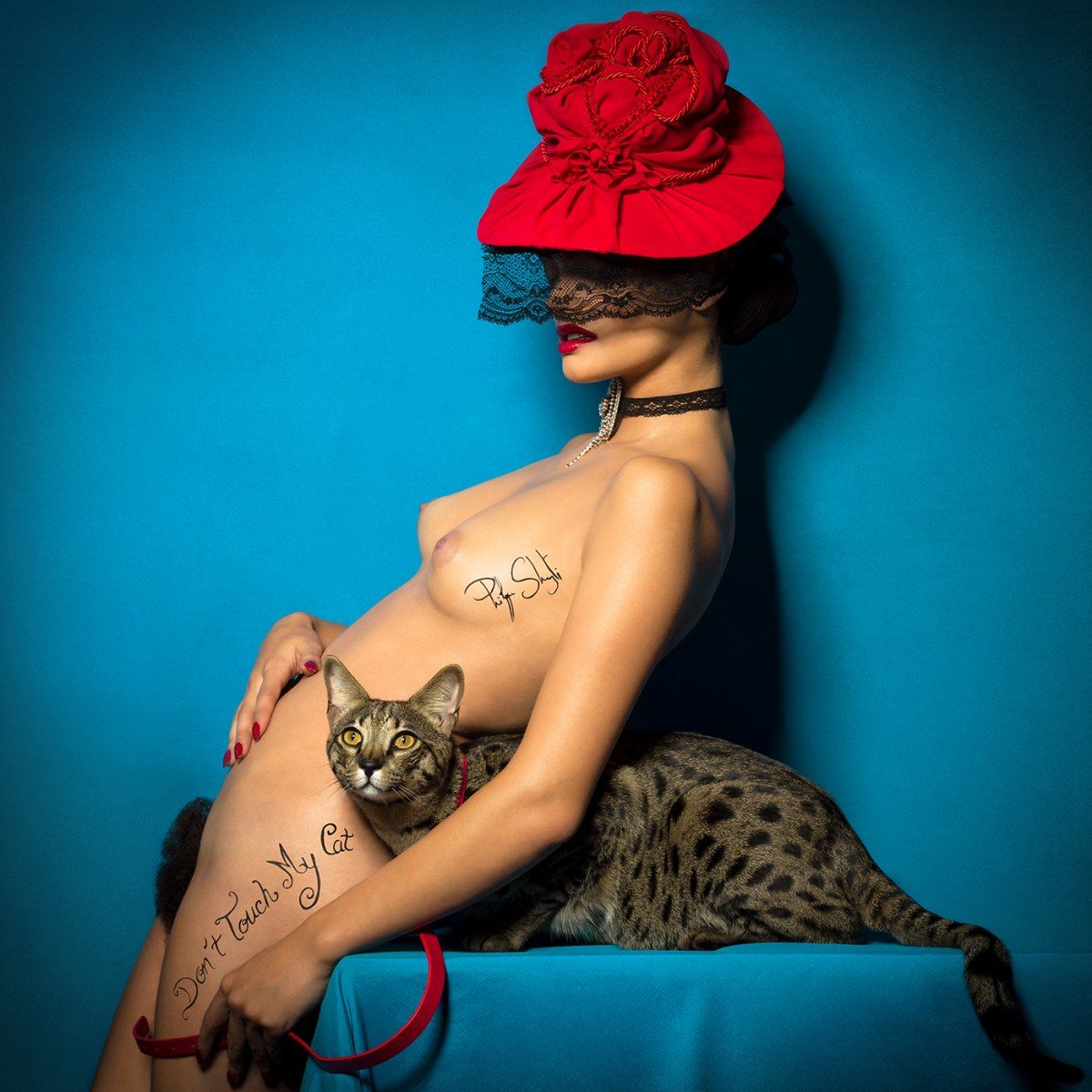 The woman represented here in a natural and relaxed way, seems to want to protect her cat, being here a symbol of nature. The association of these 2 beings reminds us once again of their wild side. She plays on words with the phrase “Don’t Touch My Cat”, which may refer to the animal, but not only…
Add to Wishlist