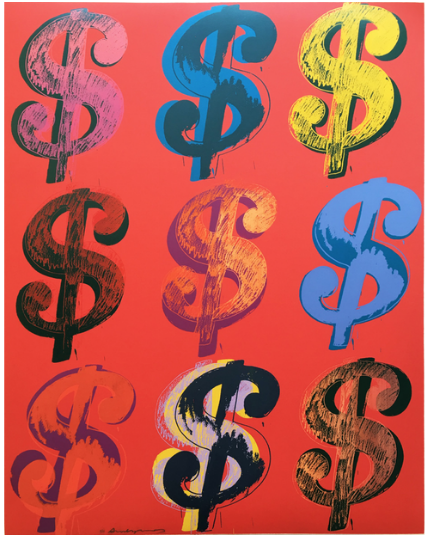 With its striking colors and rhythmic repetition of the single $ motif,White Nine Dollar Signs by Andy Warhol  epitomizes Andy Warhol’s singular artistic vision, one that would surprise and captivate in the 1980s and has continued to do so more than three decades later.