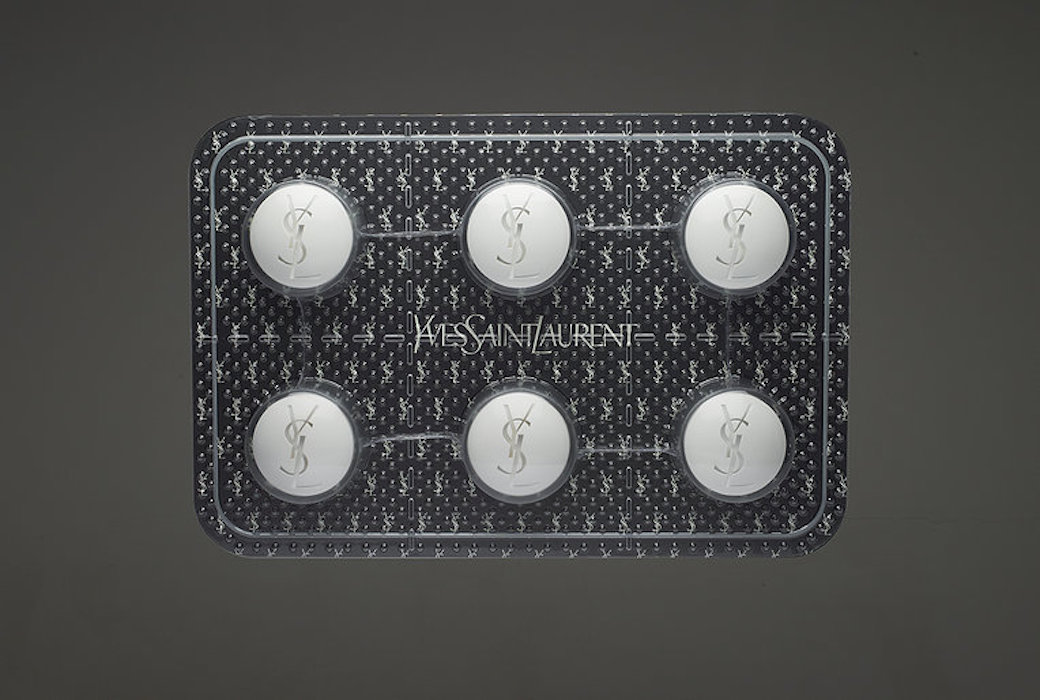 The Designer Drug Series is symbolic for the concept of dependency. Chanel, Louis Vuitton and YSL are representative of the consumeristic manner of materialistic consumption. The full package ” deal” is coated with satire and humor classic of DOC.