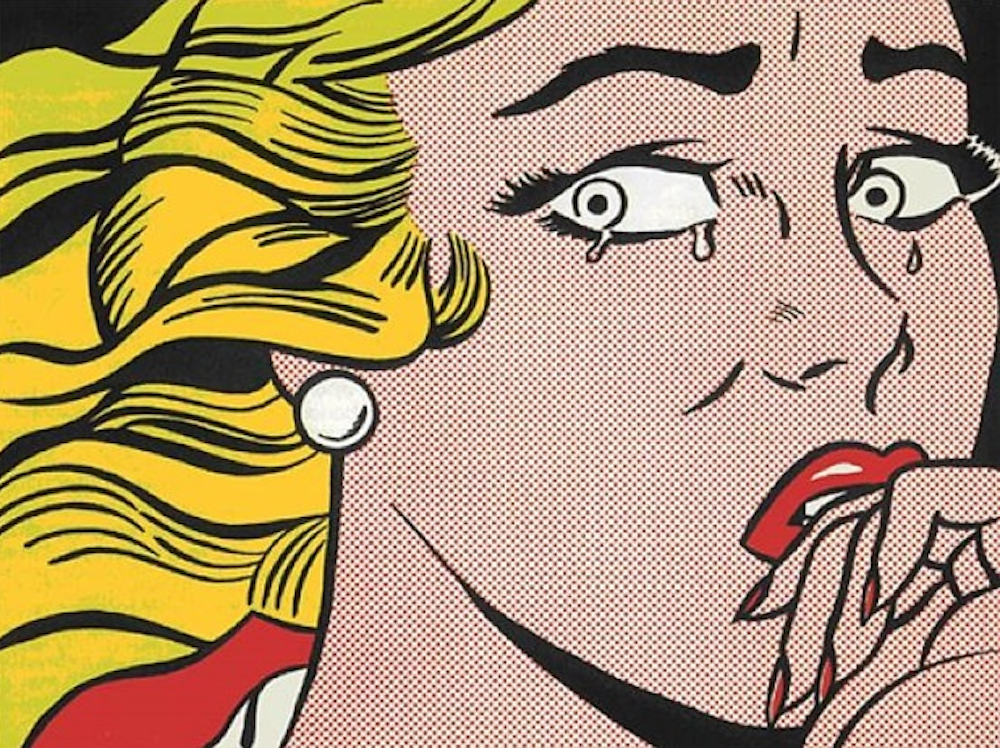 Crying Girl is one of Lichtenstein’s earliest comic style pop art prints using his unique incorporation of the Benday dot. In the early 1960s, Lichtenstein produced several “fantasy drama” paintings of women in love affairs with domineering men causing women to be miserable. These works served as prelude to 1964 paintings of innocent “girls next door” in a variety of tenuous emotional states.

Crying Girl is one of Lichtenstein’s earliest pop art prints, when he adopted this style. He was working in the ’40s and ’50s in a more abstract style, a style that was more common in America at that time, and it wasn’t until the early ’60s when he’d come back to New York that he developed into this comic book style using this dot pattern, which is known as a Benday dot, to create his scenes. This print was described as being among those that “don’t lower art to the level of the comic strip but raise the comic strip to the level of high art”