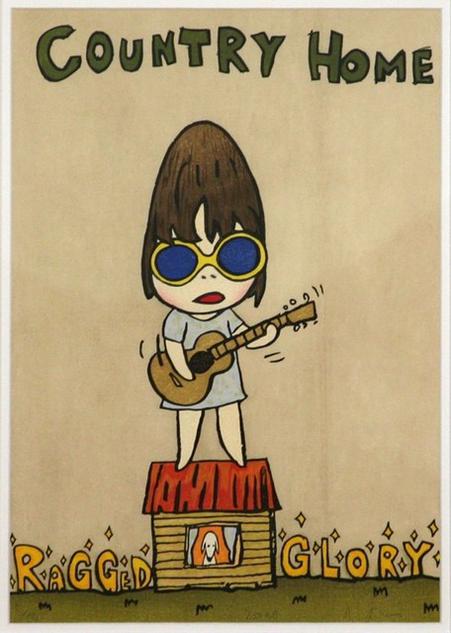 Yoshitomo Nara grew up listening to American music on his family radio. Although he couldn’t understand the language, he became an unlikely witness to the evolution of Western music. Without art museums or galleries nearby, Nara turned to album covers for creative fuel. As a teenager, he was in a band and eventually found his way to the punk scene once again after moving to Germany. Nara has made recognizable artwork for bands like Shonen Knife, The Star Club, and R.E.M. Despite his clear loyalty to the genre, he emphasizes that punk rock was not his only source of musical inspiration. He told Financial Times, “My work is always linked to recognisable punk album covers, but folk music record covers are really important.” Nara shows his softer appreciation for folk in pieces like Country Home.