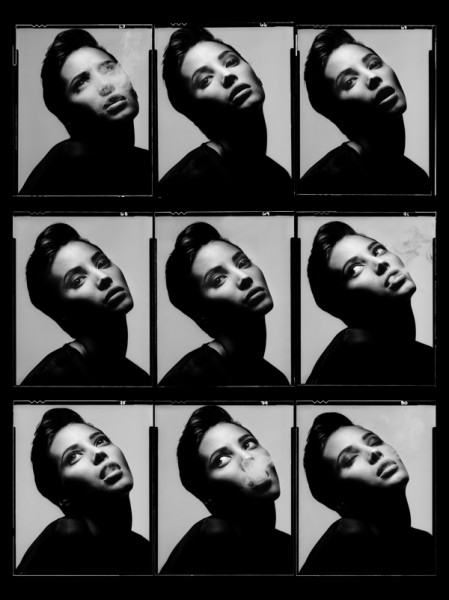 Albert Watson’s contact sheets reveal a unique vantage point as the viewer follows the process of photography. Watson invites the viewer to select the frame of preference. Character and charisma can be traced through each photo while each provide a glimpse into the multiple personas of the model.