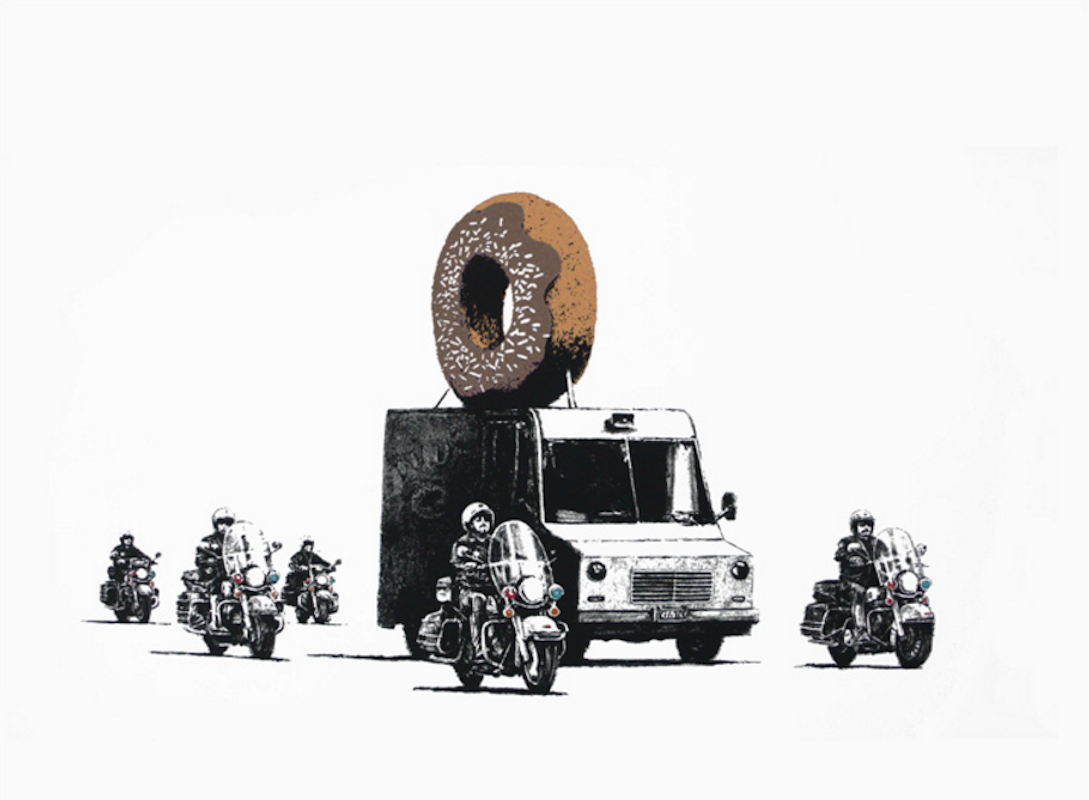 The print features a black and white composition of five motorcycle officers escorting what appears to be a food truck with a huge chocolate doughnut attached to its roof complete with sprinkles. Unlike his more controversial graffitis, this is one of Banksy’s more humorous works.