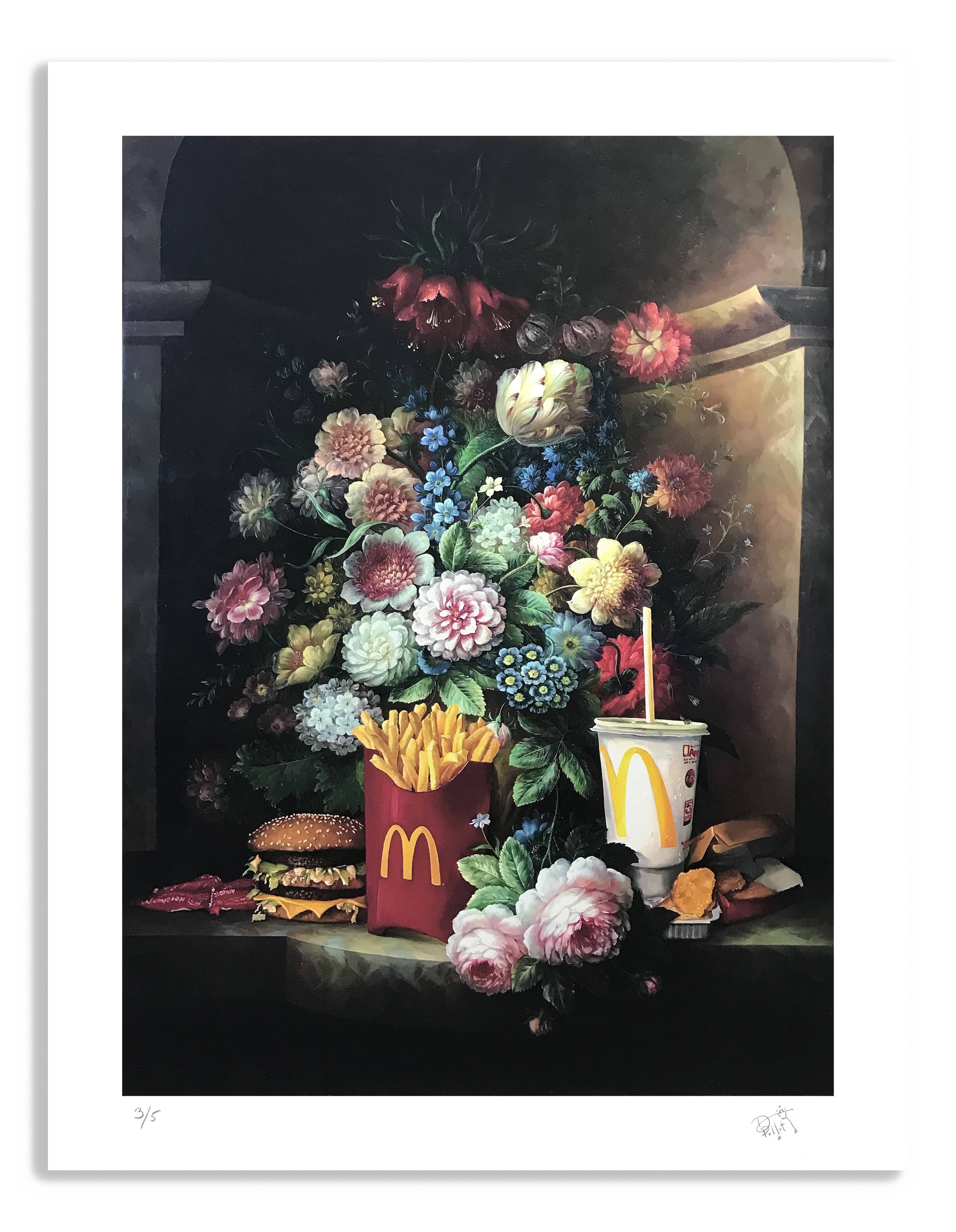 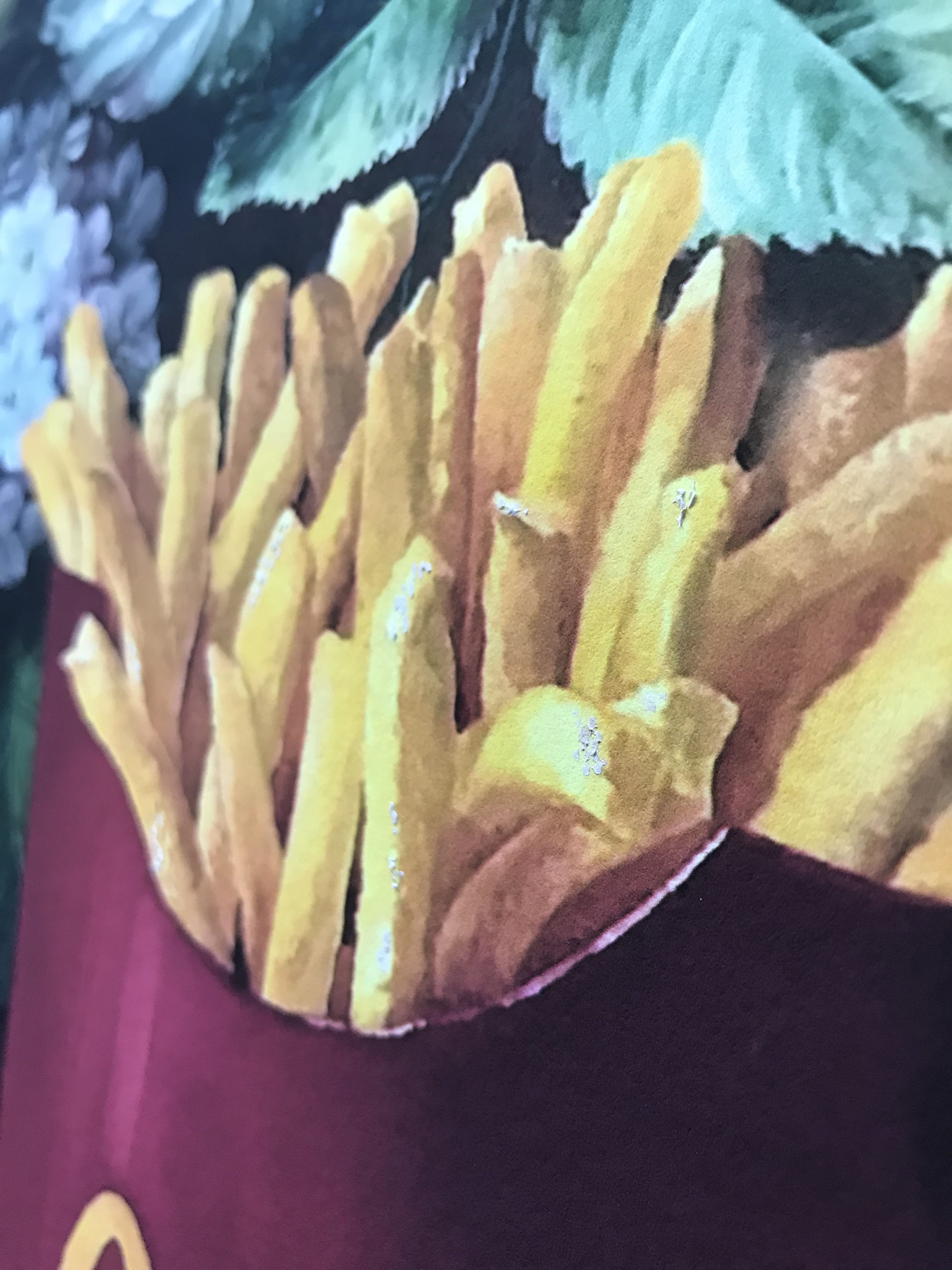 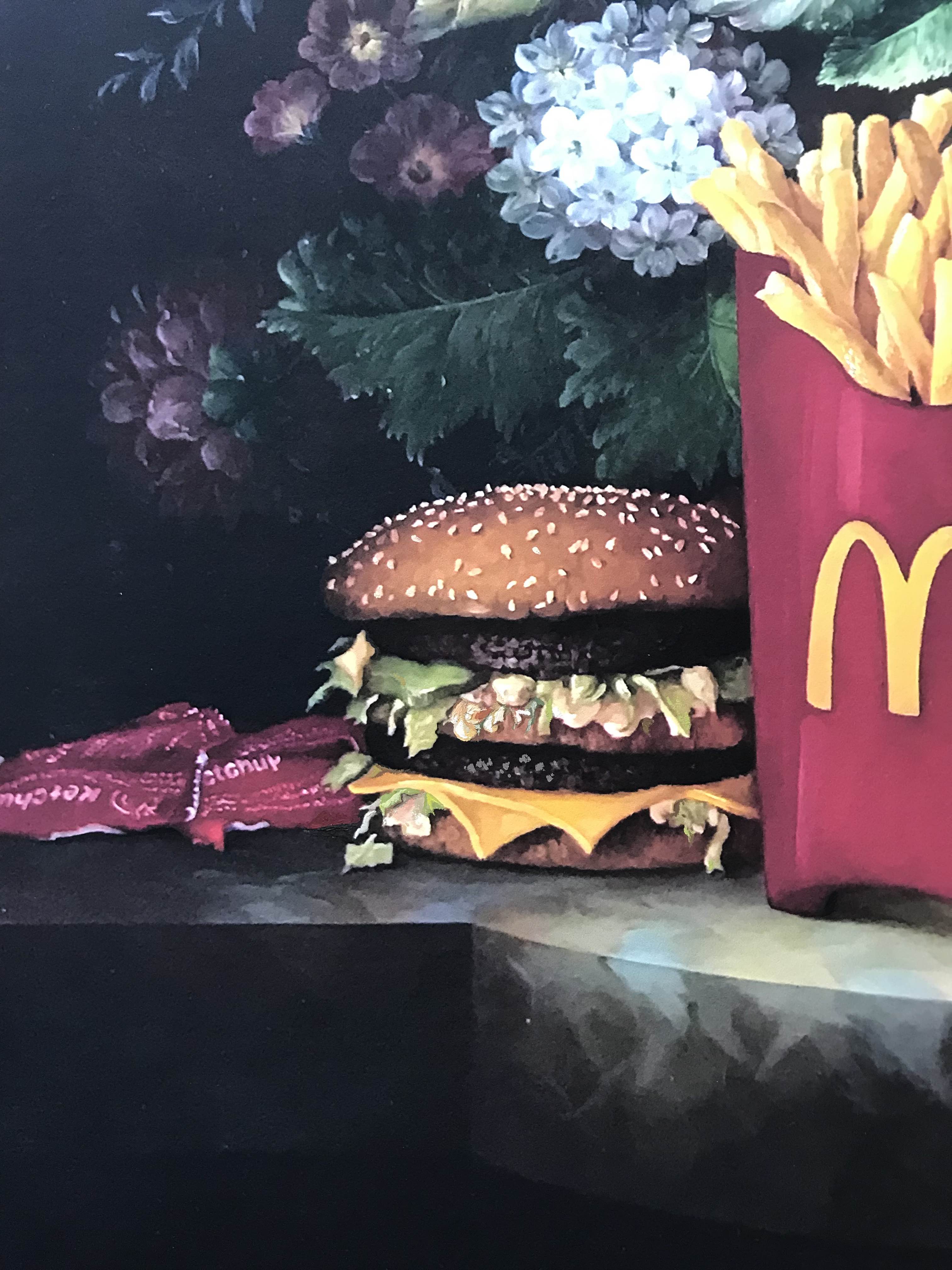 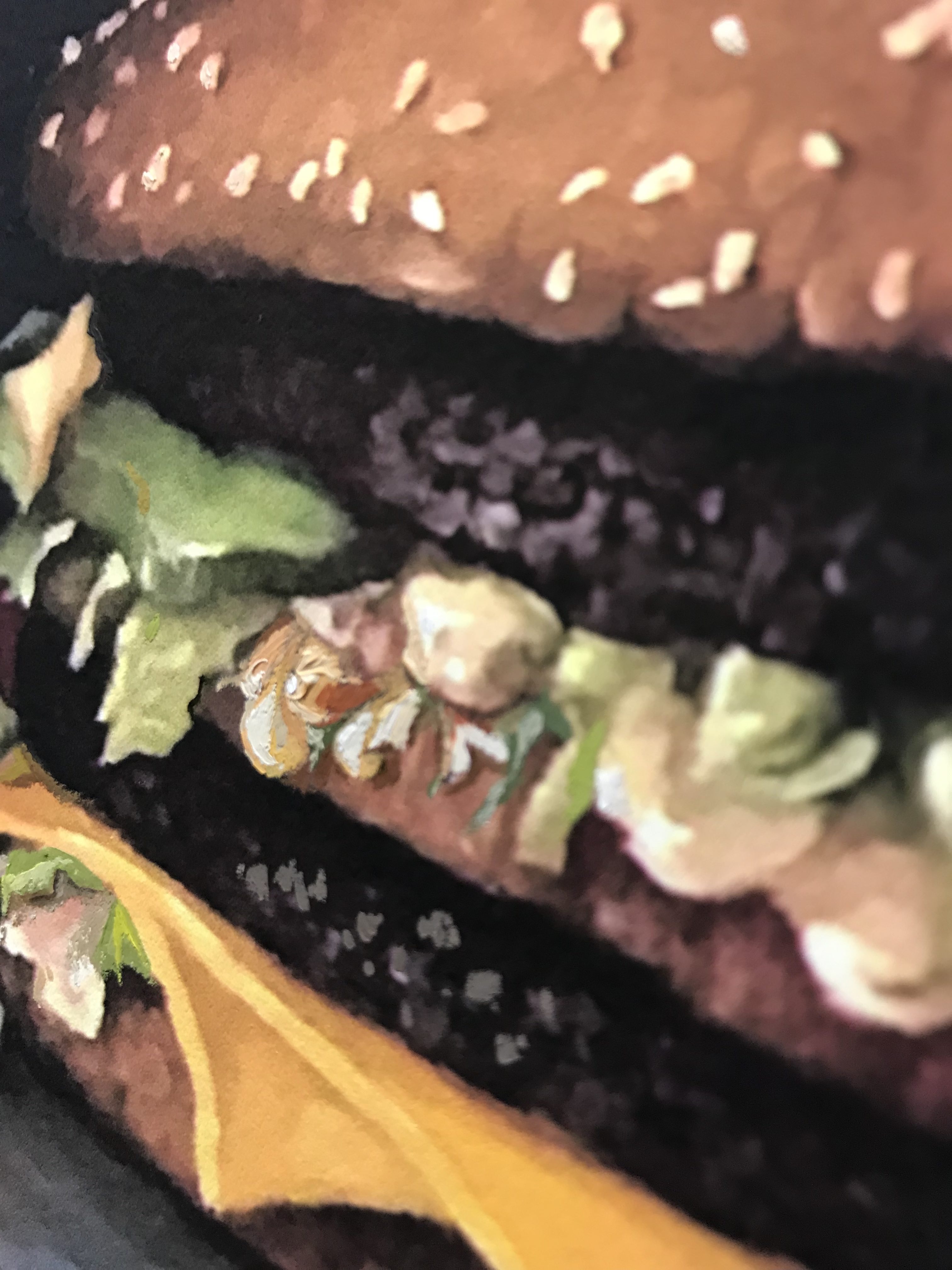 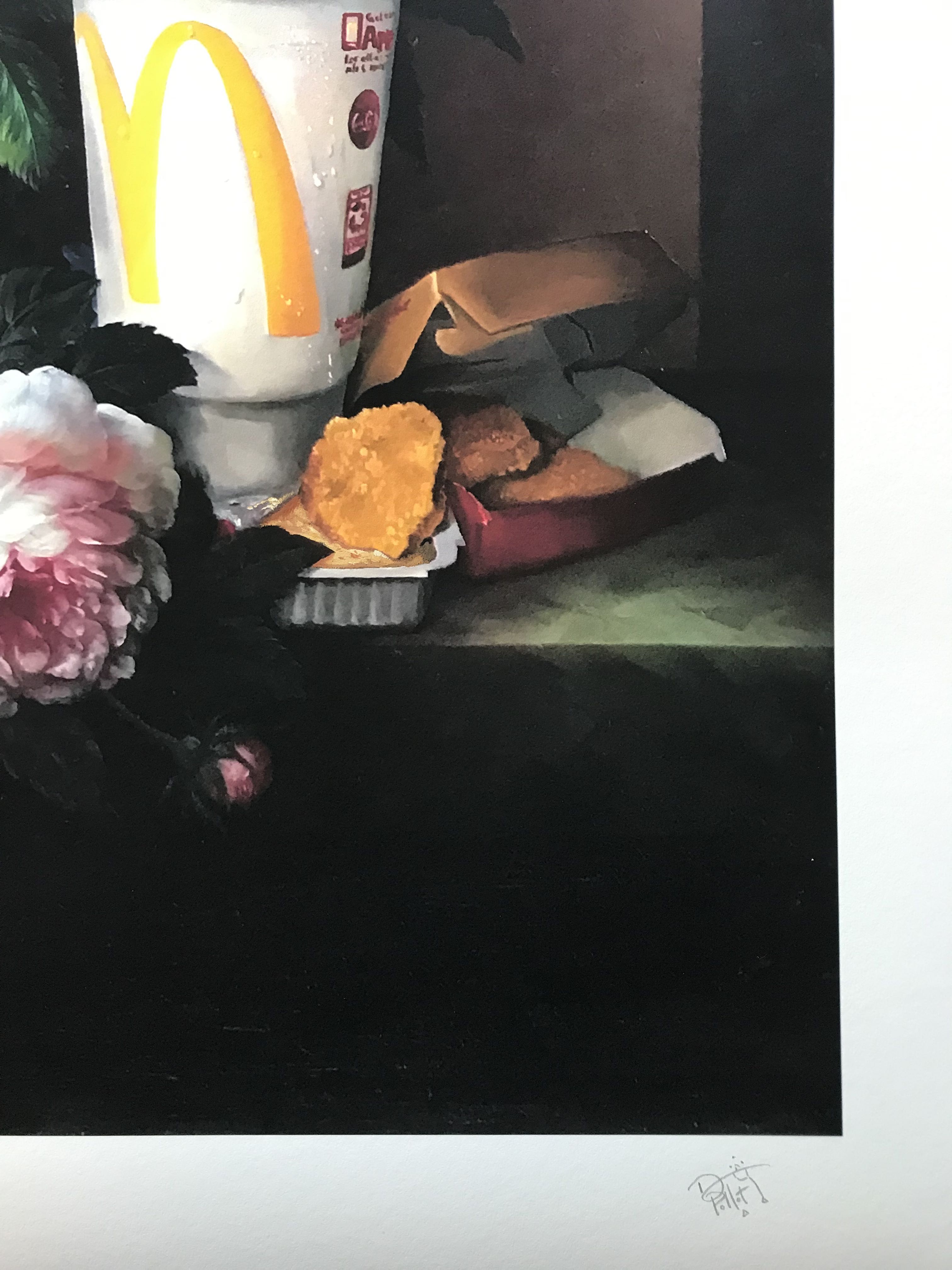 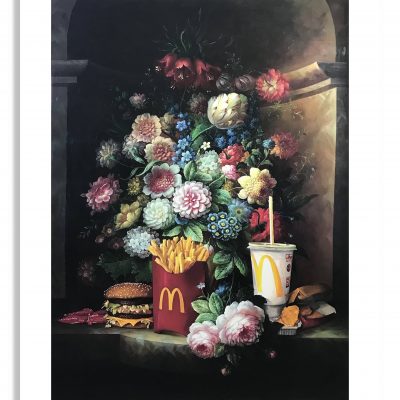 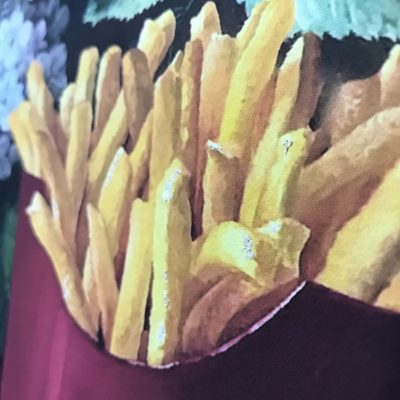 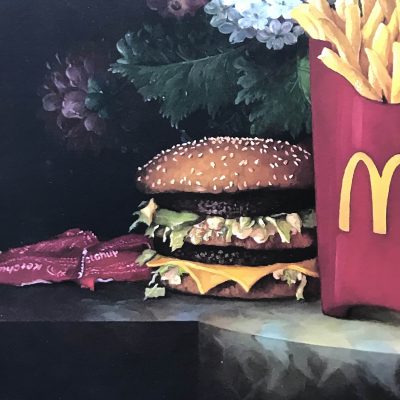 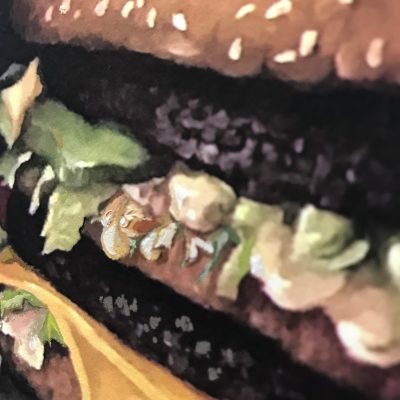 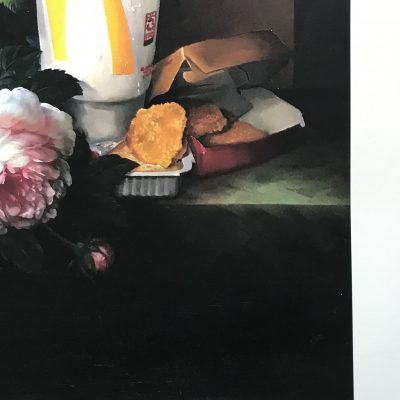 Calorie Composition I Hold the Onions, with Honey Mustard Sauce by Dave Pollot

This print has been hand touched in oil to add highlights and texture in multiple areas including the fries, burger patties, bun, nuggets, drink, etc.  Onions have been painted out of the burger and the stray onion next the ketchup has also been painted out.  The dipping sauce for the nuggets has been painted from bbq to honey mustard.

Calorie Composition I Hold the Onions, with Honey Mustard Sauce by Dave Pollot

-Can anyone generation claim sole custody of any particular cultural icon or bit of pop culture?  In the age of easy access to infinite content, pop culture has become a language unto its own. Looking through post comments found on most any user-curated content site reveals a new way of distilling complex thoughts and ideas into something as simple as silent clip from a favorite movie.  Although these comment sections can often be a vitriolic wasteland, it is interesting to see the language of pop culture bridging nearly every cultural, geographic, and generational divide.