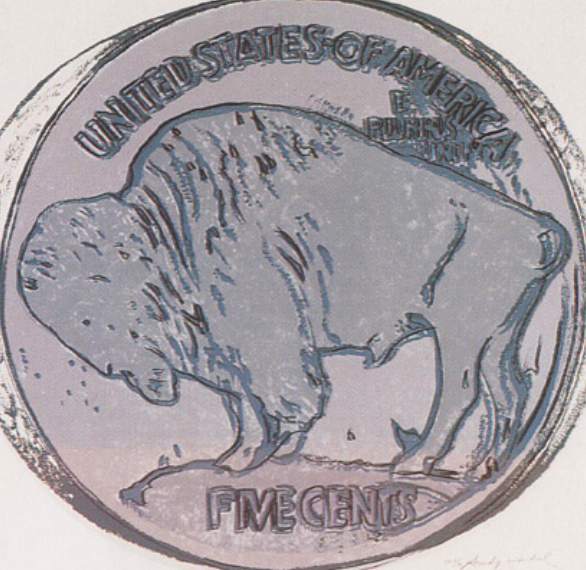 Andy Warhol’s typically witty and critically incisive screen print comes from his “Cowboys and Indians” series, completed just a year before his death. Through this series, Warhol illustrates the popular version of Western American history, a myth of sorts, depicting heroic American figures such as Geronimo, Annie Oakley, John Wayne, Teddy Roosevelt, and General Custor. This particular print  is known as the Buffalo Nickel. This coin was designed by the sculptor James Earle Fraser and distributed between 1913 and 1938.  If American currency crystallizes its ideologies of heroism, the Indian Head Nickel was an attempt to re-inscribe Native Americans heroes into America’s history, recognizing their political and national importance. Andy Warhol, however, approaches the Nickel as a type of media stunt, inserting the historically important and rare coin into the context of American popular culture – the series is, after all, called “Cowboys and Indians.”