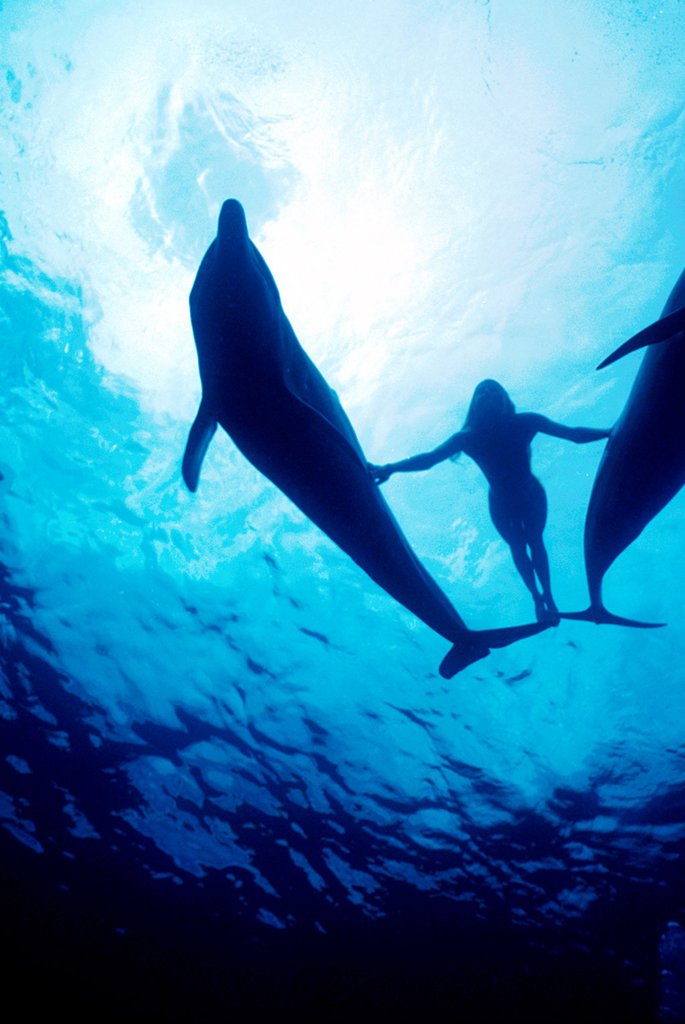 Shot in a deep drop-off offshore from the town of Freeport, Olympic synchronized swimmer and supermodel Estella Warren swam with wild dolphins, creating a poetic image of the peaceful integration of humans with nature.

“On this Earth, there are rare moments that exist that are immensely difficult to capture on film, but when you succeed, it is the most satisfying feeling in the world. Daily, wild dolphins would interact with the locals, and with their help, two of the dolphins began to interact with Estella, and as they gracefully swam overhead at miraculous speed, I was able to capture this image of the three of them resembling a single creature—it was so breathtaking, I nearly forgot to shoot the camera.” –Russell James