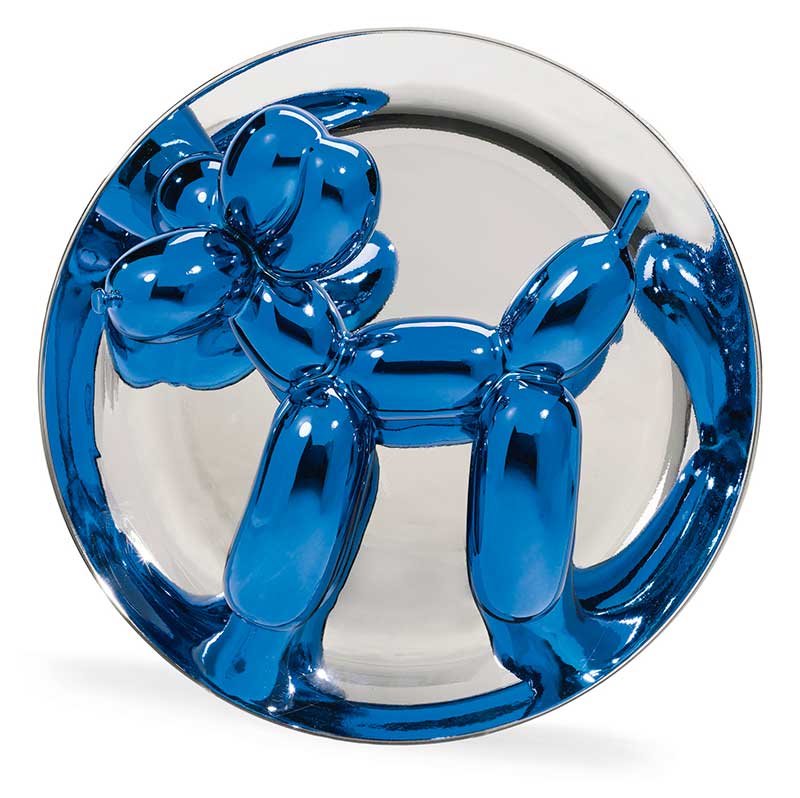 Dog figure based on the same whimsical balloon art that served as the inspiration for Jeff Koons’ 10 foot balloon dog sculptured featured at his 2008 Celebration exhibition in Berlin.