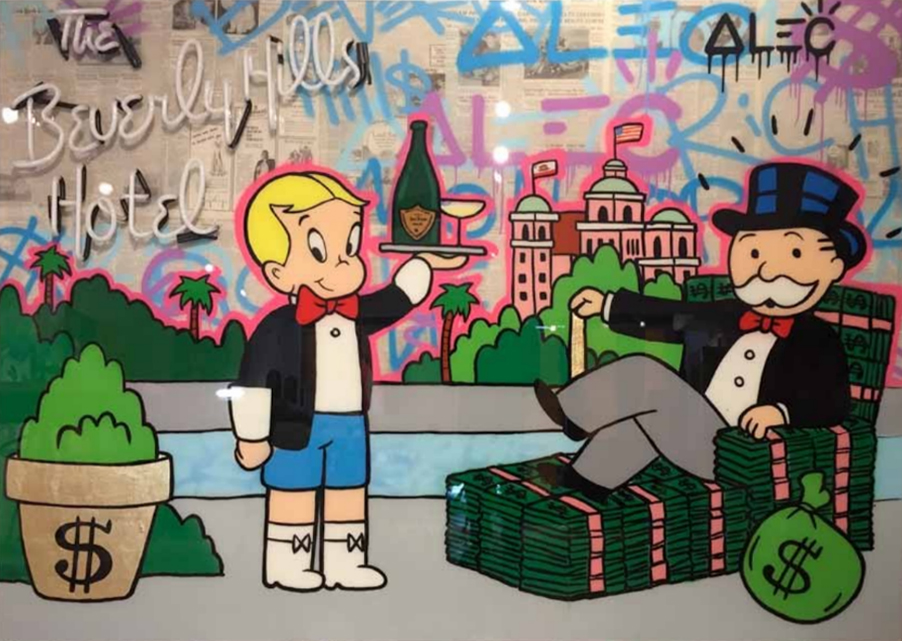 His depictions of the Monopoly Man, Scrooge Duck, and Richie Rich transform these characters into 21st century icons who love the good life.