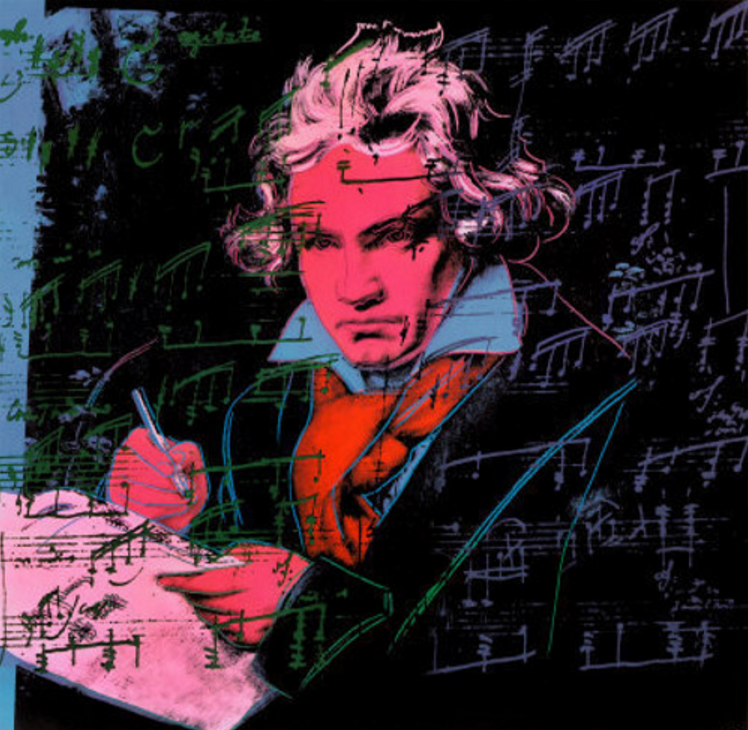 Ludwig van Beethoven has been regarded as one of the most famous composers of all time, so there is no surprise why Warhol decided to create a portfolio of Beethoven portraits. In one of the most iconic poses of the famous composer, Beethoven FS II.392 captures the sheer brilliance of the composer with the emphasis on the notes of his
sheet music, while also keeping the features of the portrait prominent.