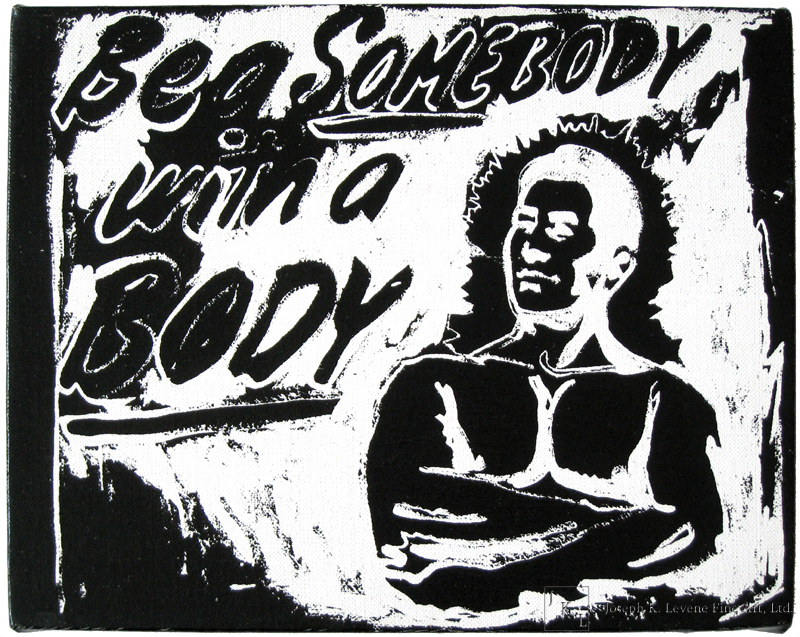 Untitled (Be a Somebody with a Body) by Andy Warhol

During the 1980s, while the U.S.A. was still in the depths of the Cold War, Warhol’s work reflected  the context within three themes in these paintings: war, death and religion.

Untitled Be a somebody with a body by Andy Warhol