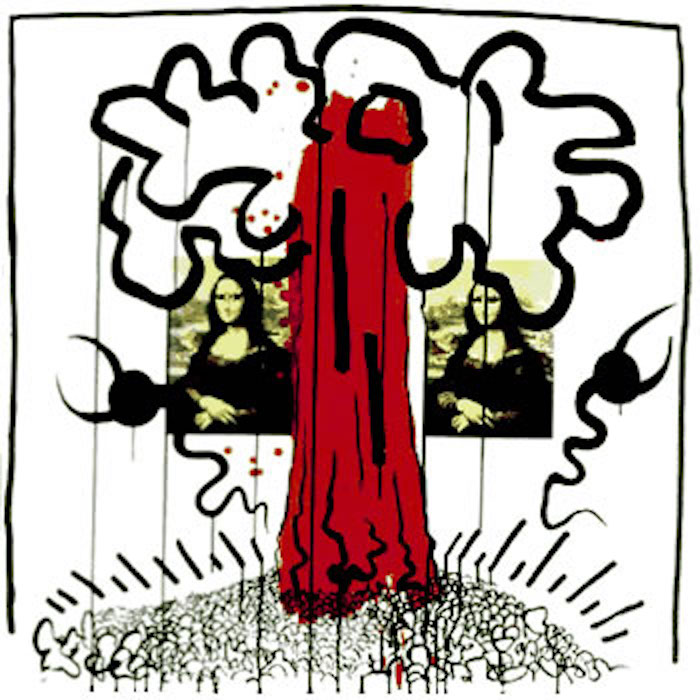 Always politically conscious, Haring used his fame and talent to heighten awareness of AIDS, apartheid and the crack cocaine epidemic, and became involved with several children’s charities. In 1988, shortly after he was diagnosed with AIDS, he collaborated with the Beat writer William Burroughs to create the Apocalypse portfolio. Haring’s provocative imagery and Burroughs’s stream-of-consciousness poetry create a vision of the HIV virus as a harbinger of the end of the world.  He died in 1990.

When the late renowned artist Keith Haring was diagnosed with AIDS in 1988, he collaborated with author William S. Burroughs on this Apocalypse series, which offers an insight into Haring’s personal struggle with the disease.  He died in 1990.

Page 1
Last act, the End, this is where we all came in. The final Apocalypse is when every man sees what he sees, feels what he feels, and hears what he hears. The creatures of all your dreams and nightmares are right here, right now, solid as they ever were or ever will be, electric vitality of careening subways faster faster faster stations flash by in a blur.
Pan God of Panic, whips screaming crowds, as millions of faces look up at the torn sky:
OFF THE TRACK! OFF THE TRACK!