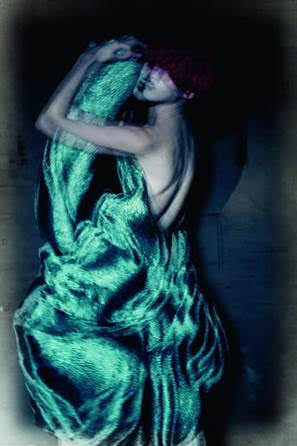 Paris-based Paolo Roversi is one of the most saught-after photographers in the fashion industry, for his minimalistic approach to portraiture. His haunting, unguarded shots consistently strip away the facade of his subjects and draw out their raw selves, offsetting fashion’s tendency to conceal and recast.

The Italian photographer’s interest in photography was sparked as a teenager during a family vacation in Spain in 1964. Once home he set up a darkroom in his cellar with the help of the local postman Battista Minguzzi. Roversi soon apprenticed himself to a local photographer in order to hone his craft further.

The British photographer Lawrence Sackmann took Roversi on as his assistant in 1974. Though Roversi gave an account of the role as challenging,  he endured Sackmann for nine months. He later embarked on his own small jobs for magazines such as Elle and Depeche Mode; his first big break came when Marie Claire published his first major fashion story.

Roversi’s commercial clients include Yohji Yamamoto, Comme des Garçons, Christian Dior and Guerlain. Roversi has shot ten covers for i-D Magazine, and is a regular contributor to W Magazine, Vanity Fair and the British and Italian editions of Vogue. His work has been internationally featured in fashion magazines, including the likes of Harper’s Bazaar, I-D and The New York Times Magazine.